The Jameel Gallery at the Victoria & Albert Museum is one of the largest, most comprehensive, and prestigious collections of Islamic art in the world including more than 400 masterpieces that span 1000 years of history. The restructuring of the Jameel Gallery, which was a continuation of the renovation program initiated in 2001 with the British Galleries, reflects the renewed interest and elevated status accorded Islamic art by the world’s major museums.

The centerpiece of the collection is the Ardabil, a masterpiece of Iranian craftsmanship and the largest carpet in the world. To display this extraordinary artifact the designer envisioned a glass room, which would display the carpet horizontally at floor level, but left it to us to sort out how to realize this vision. The perimeter exhibition cases could have no metal uprights nor plinths and were fronted by massive single doors standing nearly six meters tall, yet had to allow a single staff member easy access. The display layout itself presented significant challenges as well: the larger cases had to be engineered such that they could be supported on raised floors with limited load-bearing capacity. The mechanics of operation had to be concealed behind marble pilasters, themselves slender operable access panels with invisible mechanisms. We had to meet exacting conservation standards and deliver air-tightness levels at more than ten times normal specifications. Moreover, we had to complete the entire process – from engineering through prototyping to installation – in just 12 months.

This carpet collection is one-of-a-kind. For the core artifact, the Ardabil Carpet, we developed a special exhibition case – a virtual room 7 x 11 meters in and 3 meters tall – that perfectly realized the designer’s vision. Although the original design called for a simple door in one of the faces, in early development it became clear that the access path that would have to be left around the carpet would not only make the case too large but would force visitors away from the piece. In response, Goppion engineered and designed an innovative system for raising the entire 36 meter perimeter exhibition case by means of chain-driven, telescoping screws concealed below the floor. As a result visitors are afforded unparalleled visibility while curators can more easily maintain this priceless piece. This award winning construction is a testament to the vision and skill of all involved. To show the larger carpets to their advantage, the designer envisioned vertical cases with doors – some as large as 6 meters high by 3 meters wide – that could be operated by a single individual. Not only did we have to create exceptionally robust articulated four-bar hinges to carry these loads, but initial prototyping revealed that we would have to engineer structural aluminum door frames, pretensioned with steel cables and shafts to maintain the rigidity required to safely hold the huge glass sheets. Our patented solution enabled the doors and frames to be assembled on-site. We thus resolved the far-from-insignificant problems of getting the display-case doors (which were larger than the doors to the museum) into the gallery; reducing the weight of the doors themselves, and, above all, preventing dangerous flexing and cracking of the glass plates. 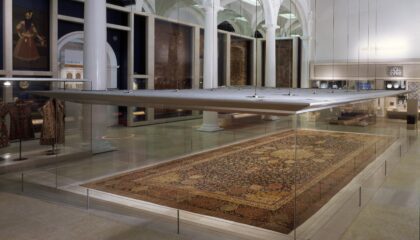 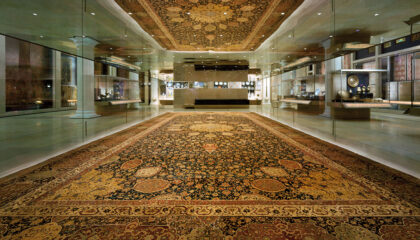 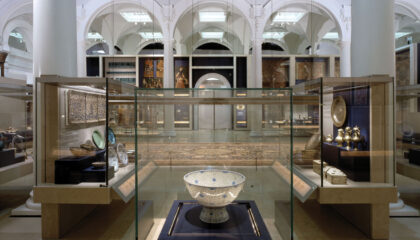 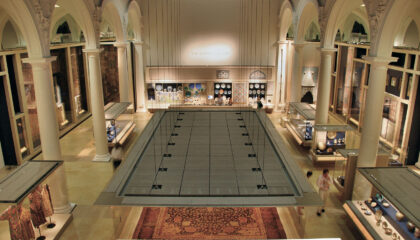 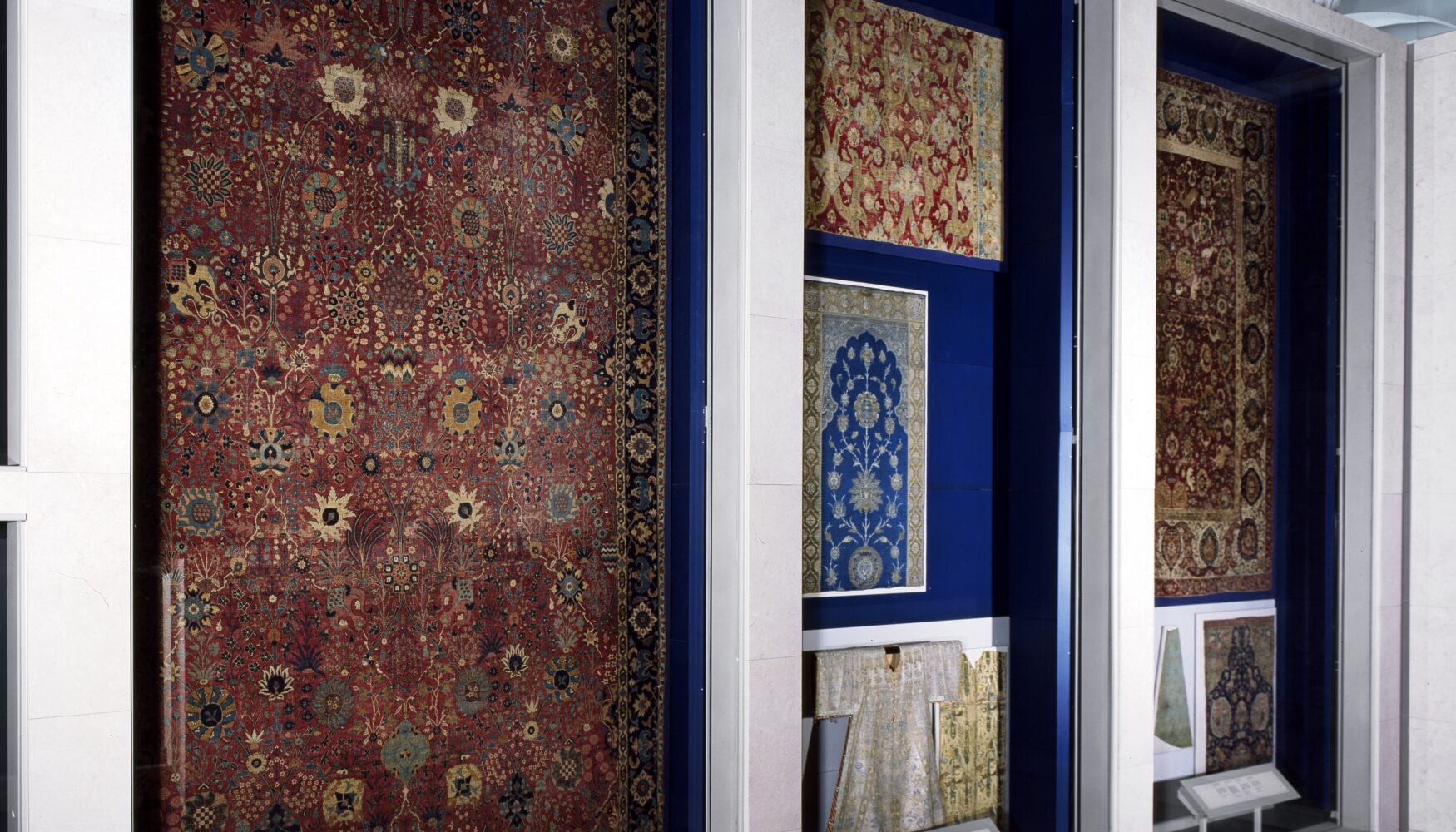