Cairo’s Museum of Islamic Art is considered one of the greatest in the world with its exceptional collection of rare woodwork and plaster, as well as metal, ceramic, glass, crystal, and textile objects from all areas of the Islamic world. Following years of neglect, in 2003 the museum undertook a comprehensive restoration not only of its building and interior design, but also of its Exhibition design and displays. French designer and museographer Adrien Gardère drew up the master plan for the renovation and new Exhibition design in cooperation with the Islamic Department of the Louvre Museum in Paris. Reopened to the public in 2010, the new museum with its 25 galleries is divided into two large wings: The north wing takes a chronological approach to the art and architecture of Cairo. The south wing explores Islamic art outside Egypt. Highlights include the Turkish Ottoman collection and the incredibly large Iranian collection. The entire museum thus introduces– through time and geography – the universal themes of Islamic art: Funerary Art, Epigraphy and Calligraphy, Lights and Colors, Water and Gardens, Geometry and Numbers, and Medicine.

The museum is housed in one of Cairo’s notable, registered historic buildings. Exhibit design and caseworks thus had to be seamlessly integrated into the existing structures while giving the magnificent forms and colors of the objects full exposure. Visitors could see only glass and stone of Turkish gray, matching the floors; no structural elements could impede views of the artifacts. Yet the large display cases, some up to five meters long, had to be easily operated by even inexperienced personnel. Moreover, coordination among the Louvre, the exhibit designers, the museum, the local craftsmen, and Goppion presented its own challenges.

Goppion technicians worked closely with designers to implement the formal requirements in detail, always taking care to respect the functional demands of conservation, security and ease of use. We followed the prototyping process that has proved so successful in many of our projects, allowing museum curators and exhibit designers to model and test every case for its functionality before installation. We also developed specialized support systems for the objects and lamps to be suspended from the ceiling. 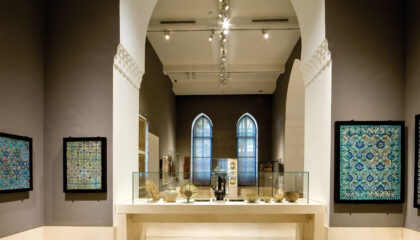 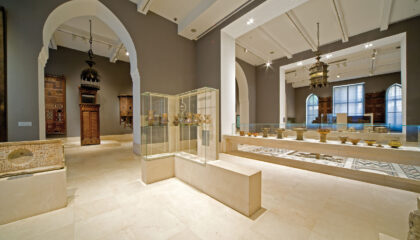 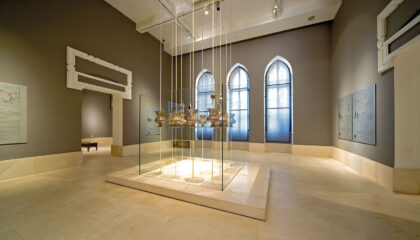 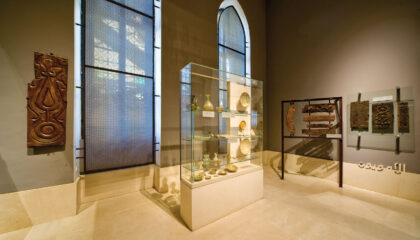 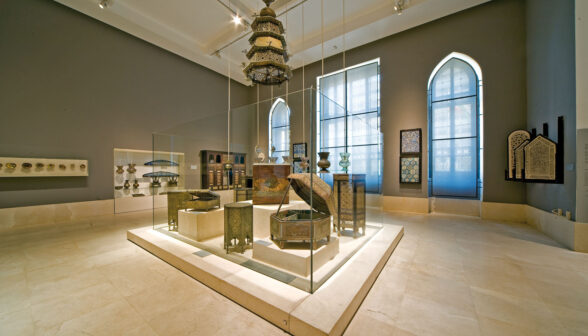 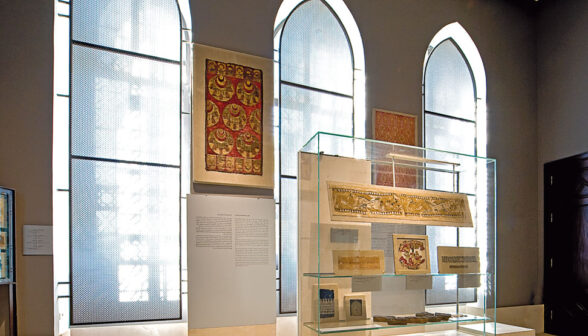 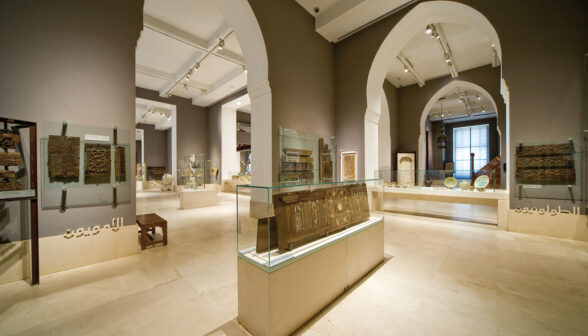