A year of hearty celebrations are envisioned for the 150th birthday of the New York Metropolitan Museum of Art. A very special birthday that sees the reopening of the completely refurbished British Galleries. This is the first renovation of the galleries to have been carried out since their inauguration: over 1,000 square metres devoted to decorative arts, design and sculpture created in Britain between 1500 and 1900. 700 artworks in 10 galleries completely reimagined in order to provide a fresh perspective on a particularly exciting historical period. The museum tour covers about 400 years of British culture characterised by a substantial commercial impetus that effectively reshaped British design.

Over these centuries, global trade and the expansion of the British Empire brought innovation, industrial development and, at the same time, exploitation. The works on display focus on a new middle class that was able to inspire an epoch of exceptional creativity, through a period of harsh colonialism. Each item displayed is an outstanding work of art, but also embodies a history that can be viewed from multiple perspectives. The result is a meticulous examination of the British Empire and its astonishing artistic legacy, centring on the way craftsmen and manufacturers were forced to think “outside the box” and how new technologies were used and marketed. The curatorial team in charge of this project was led by Sarah Lawrence and Wolf Burchard, of the Met, along with Roman and Williams, New York interior designers, joined by the Milan company Goppion, which designed and implemented various display and conservation systems for the British Galleries. Indeed, the stimulating collaboration between the Met curators, exhibition designers and Goppion engineers reflects the spirit of a fruitful cooperation that built up between, designers, producers and retailers in four centuries of British history. The installations evoke the materials and surface finishes of the time, as well as using rich, layered colours. For instance, the powder and liquid paints called Cerchi Chiari and Cerchi Scuri (specially created by Goppion for this project), recall the bronze and brass typical of Victorian Britain. For the installations, Goppion engineered and installed the modern, minimalist design that sets off the rich, elaborate Victorian style in a unique, breathtaking way.

The Goppion display cases house a vast array of furniture, ceramics, silverware, tapestries and other textiles from the Tudor, Stuart, Georgian and Victorian ages, ranging from Renaissance, Baroque and Rococo styles to Neoclassical and Neo-Gothic. The Italian company was also involved in the creation of treated brass plinths, key elements in the aesthetic and educational rendering of the museum narrative. Visitors to the first gallery are welcomed by a terracotta bust, probably depicting Cardinal John Fisher, sculpted by the Florentine Pietro Torrigiano, one of the many European artists and craftsmen to make a name for himself across the Channel and settle in Britain. There is a quirky gallery devoted to “Tea, Trade and Empire”, made up of 100 English teapots. Presiding over this display is a small but powerful figure of a 1719 merchant, sculpted in China by the Cantonese artist Amoy Chinqua. The final section of the gallery explores the enormous changes of scale, rhythm and taste wrought by the Industrial Revolution over the course of the nineteenth century. Once again, aesthetic and commercial priorities adapted to an immense new world of methods and customers. Other works represent movements against industrialisation, revolts against labour abuse and the demise of pure craft.

The aesthetic and didactic challenges of these works of immeasurable socio-cultural worth were not the only ones faced by Goppion during the implementation of this project. The Met Department of Scientific Research (DSR) imposes preventive conservation standards that are among the most stringent in the world for the safeguarding of its collections. Goppion met such criteria in such a way as to best protect the artefacts from hazardous atmospheric and chemical factors such as VOCs, volatile organic compounds that emanate from the objects themselves. Moreover, the limited spaces of the galleries necessitated a painstaking analysis of the humidity inside individual glass cases, with the aim of perfectly preserving the integrity of the works. 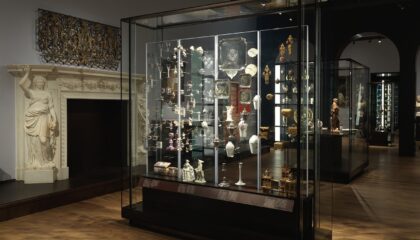 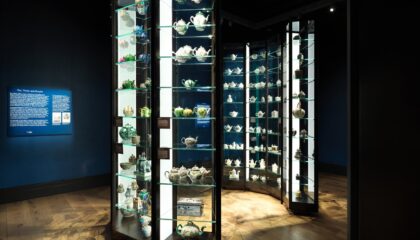 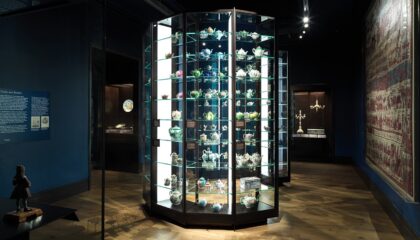 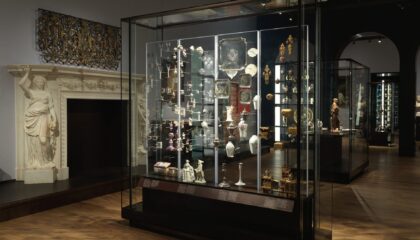 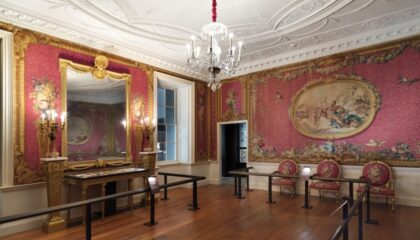 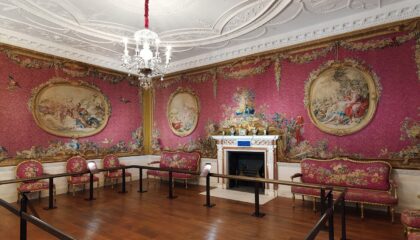 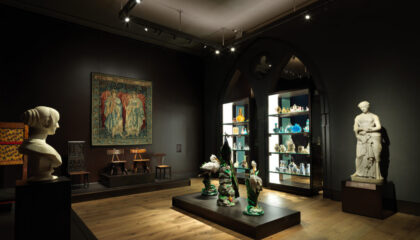 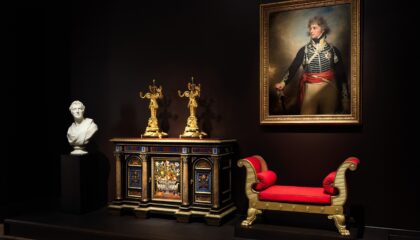 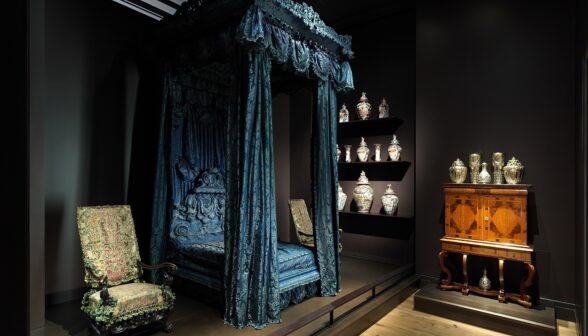 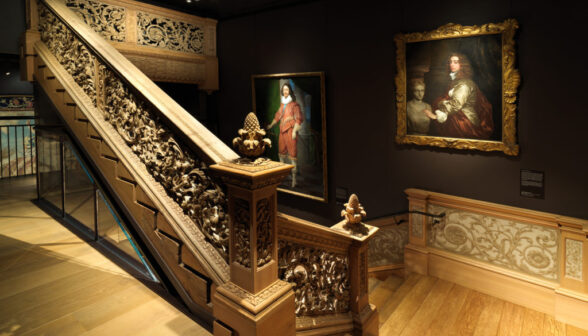