The Fitzwilliam Museum is “one of the most important art collections in the nation and a monument of primary importance” (Great Britain’s Standing Commission on Museums & Galleries - 1968). It was founded by Richard Fitzwilliam, 7th Viscount Fitzwilliam of Merrion, who left his artistic and literary works to the University of Cambridge in 1816, together with the funds needed to build a museum to hold and display them. The original bequest has progressively expanded since then, thanks to new excavations, donations and acquisitions as well as the generous support of numerous patrons. The museum’s collection of Egyptian art, considered one of the finest in Britain, has been extensively renovated and the layout of the museum entirely redesigned. The Egyptian Galleries now occupy two large rooms in the northwest corner of the building and display a large collection of artifacts in widely varying forms, sizes, and materials.

The Fitzwilliam’s sarcophagi are the centerpiece of the Egyptian collection.

They had to be displayed in an islanded configuration that would afford viewing from all sides yet be protected from exposure to harmful environmental factors.

The old casework was removed and replaced with new cases made by Goppion. The redesigned exhibits and new structural elements improve sightlines, enable optimal control of the internal environments for conservation, and organize the exhibits to make better use of the space. Each sarcophagus is held within a large glass enclosure that rests on a steel plinth; additional steel framing hidden beneath the trunk structure supports the considerable weight of the sarcophagi and holds fiber-optic cables that unobtrusively illuminate them. The enclosing cases are easily accessed for maintenance and conservation. 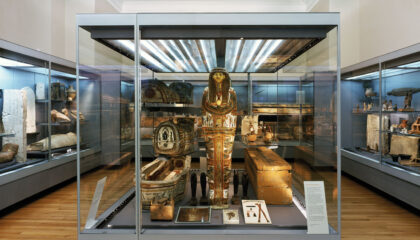 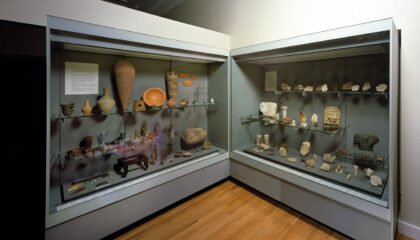 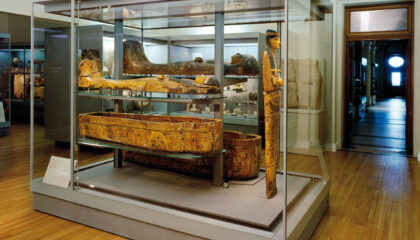 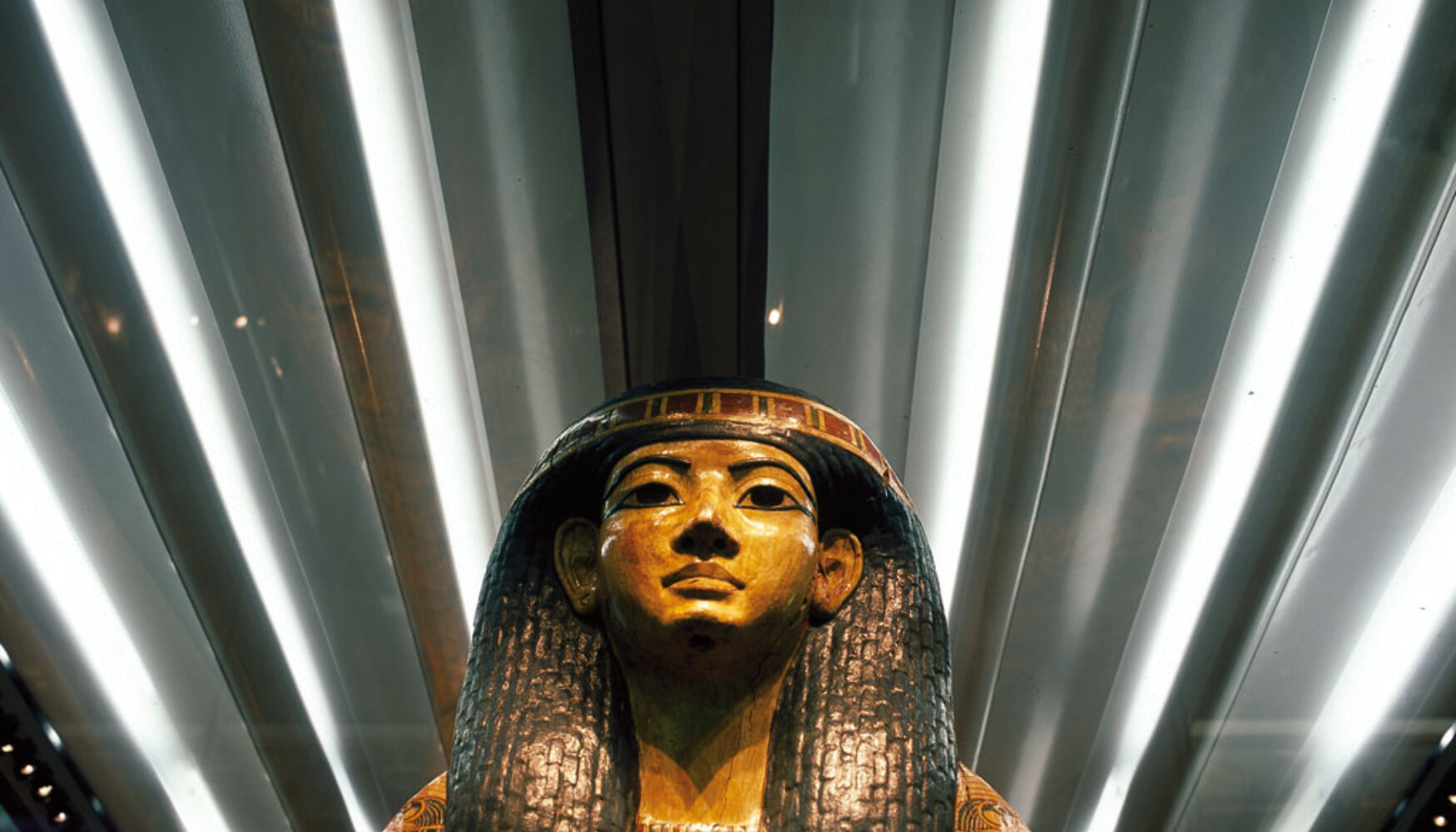