Dedicated to Sir Henry Wellcome (1853-1936), the great collector and benefactor of the museum, the Wellcome Trust Gallery contains the British Museum’s prestigious ethnographic collections. Inaugurated in 2003 as part of the celebrations marking the British Museum’s 250th anniversary, it was designed to host long-term exhibitions with objects displayed according to the concepts of modern social anthropology. The idea is to compare and contrast objects from various cultures and geographical areas, highlighting common human experience.

The structure of the galleries was intended to evoke cabinets of curiosities such as 17th century scholars and explorers would have used to show off their finds, and which many see as the precursors to the ethnographic museums of today. Display cases set against the wall are reminiscent of the original shelves of the cabinet, and a table in the middle of the room holds various objects for display, contemplation, or study, reminding one of an ancient scholarly sanctuary. The key challenge of this project, however, was the scale of the structures required: the wall cases stand 5 meters tall, while the center table spans 13 linear meters, entirely encased in glass.

The large doors of the wall display cases open almost effortlessly. To protect and conserve the delicate objects within, we fit the cases with centralized climate control systems to stabilize relative humidity. To compress the seals completely, a hexagonal shaft operates barrel-headed cams that rotate simultaneously to press the door frame to the striking surface. This system both achieves a tight seal and provides high security by mechanically locking the door at several points along its perimeter. The table is entirely encased in a glass bonnet with a spectacular opening system: the 13-meter long bonnet is raised using a system of eight telescoping screws operated simultaneously by a transmission shaft. The glass hood can thus be raised above the table legs, allowing curators to easily reach objects on the display surface. Goppion now holds a patent on this system. 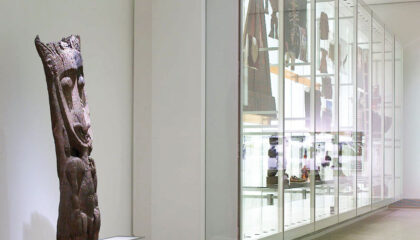 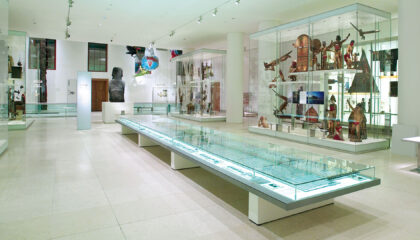 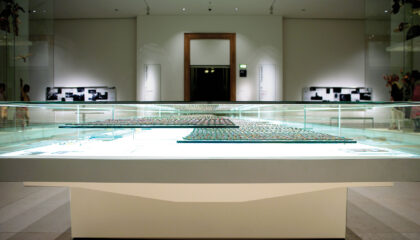 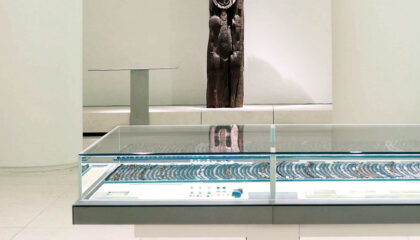 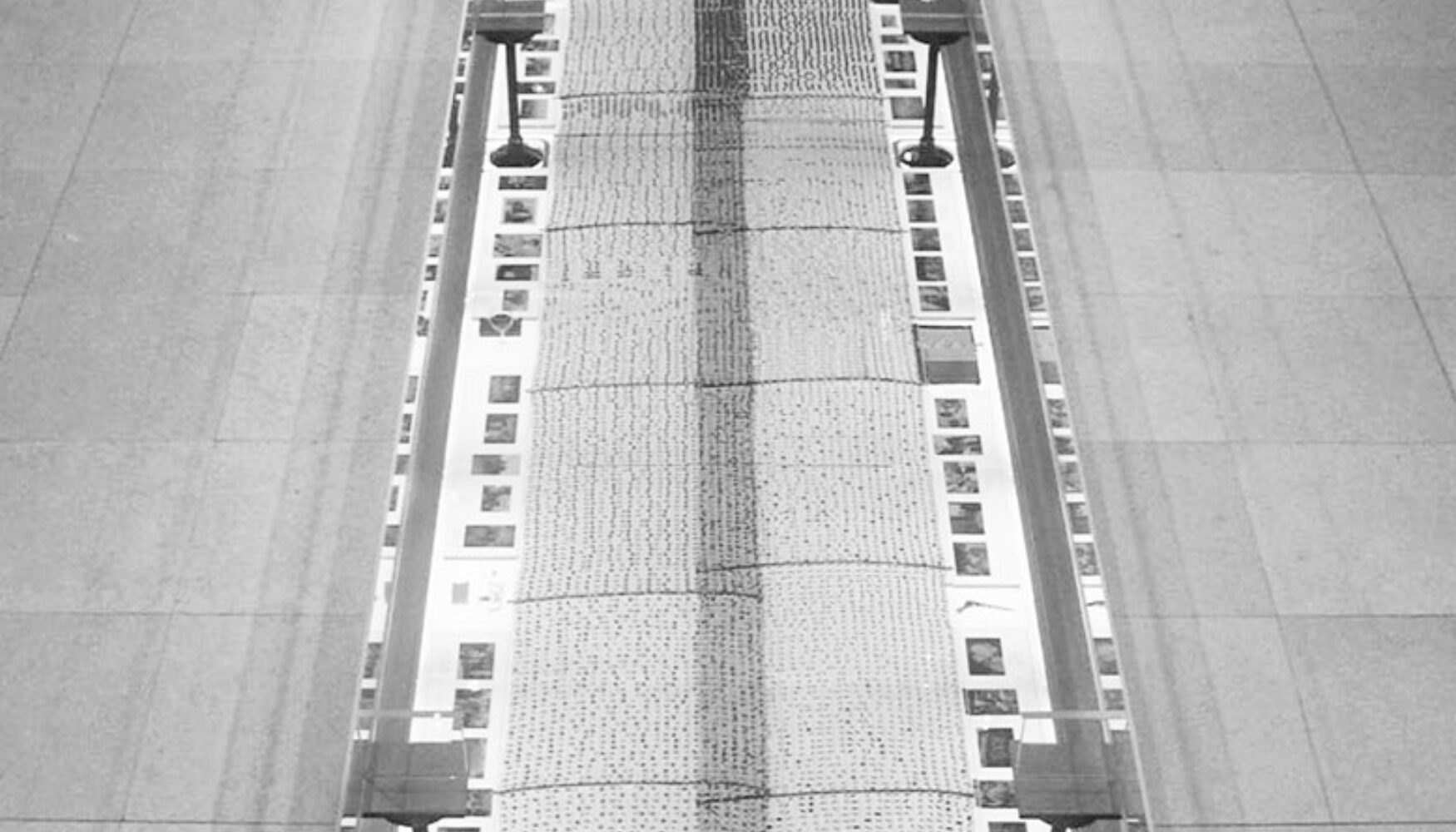