Located in a neoclassical building inaugurated for the World’s Fair of 1893, the Art Institute of Chicago is the number-two art museum in the United States after the Metropolitan Museum in New York. The museum’s collections, which consisted mainly of plaster casts at the beginning, have grown enormously over the last century thanks especially to generous private bequests. Now there are more than 300,000 works from all over the world, which range from archeological finds to contemporary art.

Having undergone extensive renovations using funds from generous private donations, in 2012 the museum opened the new Jaharis Galleries, which contain a collection of Greek, Roman and Byzantine finds. This luminous new gallery takes the visitor on a journey from the origins of Western Art to the dawn of Christianity.

The display cases had to represent the overall design and be essential, functional and almost “neutral”. This was in order to highlight the qualities of the works on display and interfere as little as possible with the building’s architecture and its interaction with the city.

The Art Institute’s display cases are technologically advanced versions of the System Q line. The use of mechatronic engineering to automate the pantograph system in the table display cases allowed for the metal legs to be made smaller. This resulted in a showcase that was more elegant and had a more refined silhouette. The experience in Chicago also led to advancements in lighting engineering. In fact, the collection contains quite a few coins that can’t be exposed directly to light sources, which could be harmful to them. The studies conducted in the laboratory were based on a system used by the Museum of Fine Arts in Boston, and allowed us to come up with a powerful LED lighting system positioned so as to cast the light toward a reflective strip capable of offering the necessary illumination for better seeing the coins. 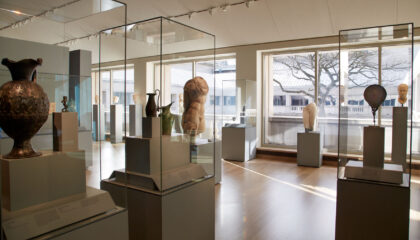 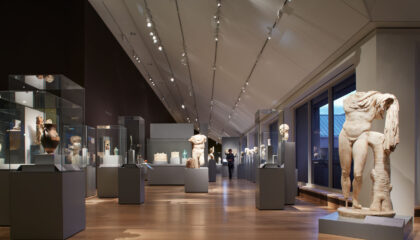 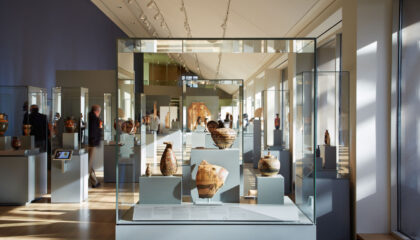