In the elegant Lincoln’s Inn Fields area in the center of London there stands an imposing building with an austere facade characterized by great glass arches. This is Sir John Soane’s Museum, the “house-museum” of the great English neoclassical architect who was born in the mid-1700s and died in the early part of the 1800s.

The building was conceived as a true architectural laboratory and it was designed and realized by Soane in various phases to create his home and then later to house his library, the archive of his designs and important collection of antiquities and works of art. The interiors are characterized by a sequence of areas laid out in an eclectic manner, enhanced with neo-gothic, picturesque elements and Masonic symbols.

It became a museum when the owner died in 1837 as per his wishes and the residence maintains the feel of how it was back in that era with the furnishings and original art collections as they were.

As part of a wide renovation project, Goppion created the displays in the reception area and temporary exhibition gallery, which hosted the show “Stadia: Sport and Vision in Architecture” during the Olympics. This exhibition was dedicated to the origins of modern sports stadiums and their history, which was a topic that quite fascinated the versatile English architect.

The display cases Goppion was asked to realize had to bring together the utmost in technical performance with a 19th-century aesthetic, which was chosen by the client. The idea was for the display cases to be perfectly integrated with the exhibit design and the original furnishings of the house-museum.

The display cases realized by Goppion, which are all part of the System Q line, are characterized by the highest levels of technological performance and represent the state of the art in terms of security, climate control and functionality.

The wood panels and finishings are very similar to the original red mahogany found in the furnishings in the residence. The metallic parts and technological components are thus perfectly hidden under a classic exterior that relies on prestigious materials, which are certified in terms of origin, traceability and quality control (FSC).

The panels then underwent a French-polishing technique that dates back to the Victorian era and offers obvious advantages, such as minimal toxicity, ease of application and repair and low maintenance costs by making use of the museum’s own in-house restorers. 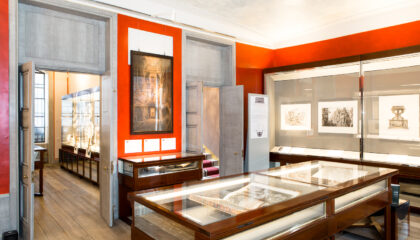 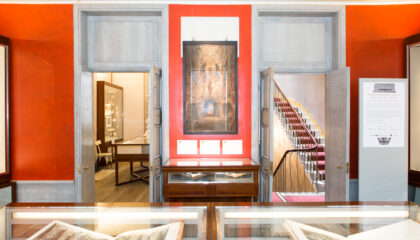 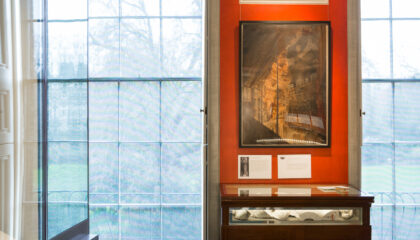 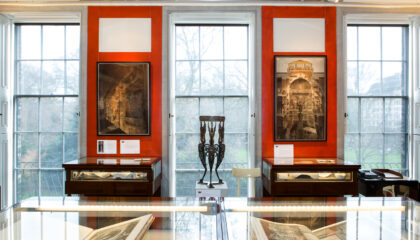 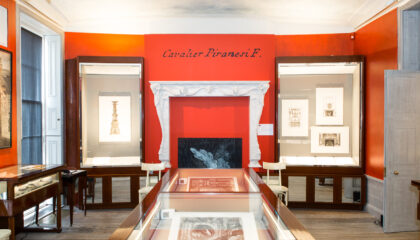 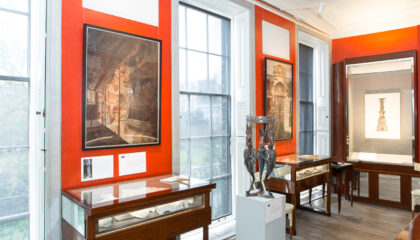 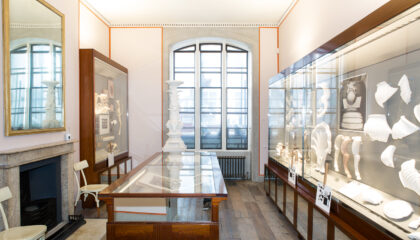 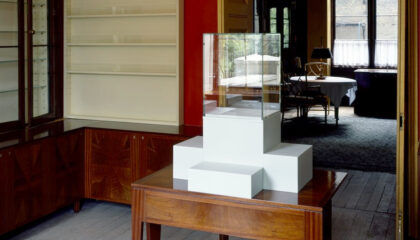 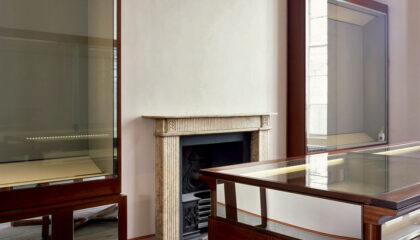 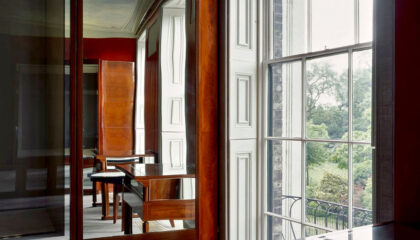 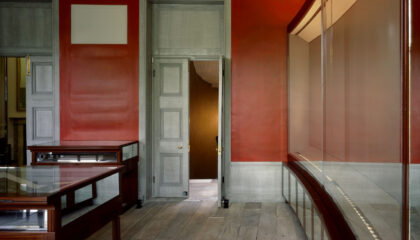 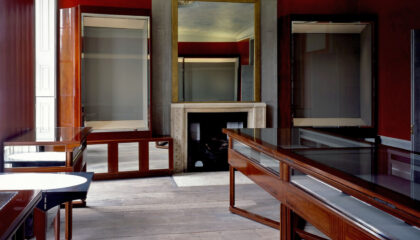 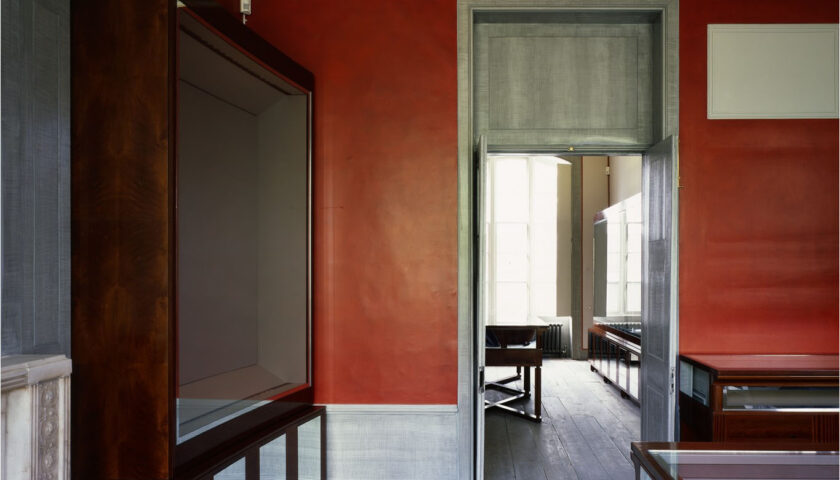 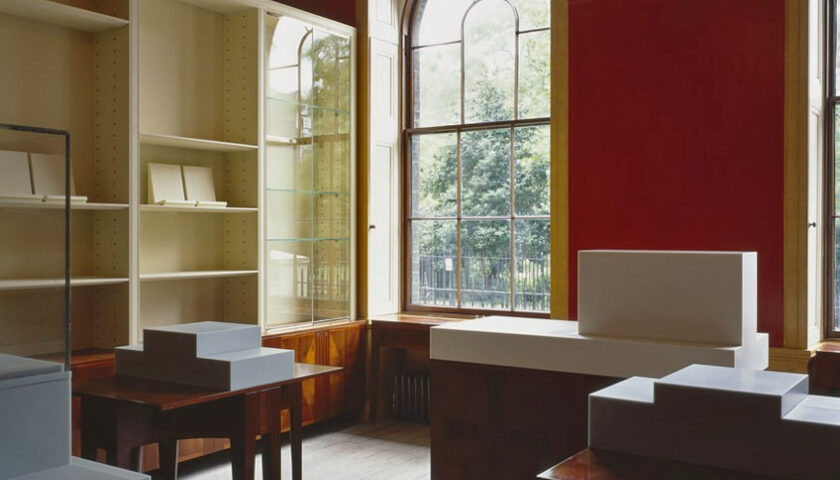