The new Rijksmuseum stands out for its purity and for its respect for the original character of the neo-Gothic building designed by Pierre Cuypers. Also notable is the fact that the museum has been able to maintain the relationship it has established with the city over the years. It is, for example, once again a central urban corridor even for bike races, and this shortcut was closed during the many years the museum was being renovated. The museum’s design brings together the 19th-century magnificence of the original building with the more modern current design. The visitor follows a path that winds through the 80 different rooms with more than 8,000 diverse works – paintings, prints, drawings, photographs, silverware, ceramics, furnishings, jewels and costumes – that represent the artistry and history of Holland, but offered in an international context. After all, the Dutch have always been great explorers and the Netherlands has been at the crossroads of Europe for centuries. More than 30 rooms are dedicated to the Golden Age, when the young mercantile republic led the world in trade, science, the arts and military endeavors. As the only national gallery in the world to be open to the public 365 days a year, the Rijksmuseum is ambitiously aiming to become one of the 20 most visited museums and attract at least 2 million visitors per year.

Goppion was called upon to interpret Wilmotte’s poetry and soul. The company realized all of the display elements of the museum with more than 300 pieces different in terms of form, function and size, making for a project that exemplifies personalization and engineering to benefit the Exhibition design.

With an essential, almost minimalist, style, the 230 display cases created by Goppion (both wall and island models) were realized with anti-glare glass that is practically invisible. The engineering was quite bold but simple at the same time and presented quite a challenge in terms of the dimensions (one showcase was over 4 meters) and variety of shapes. The circular showcase with a 4-meter column and shelves that seem like the branches of a tree is particularly spectacular. This was created to hold precious porcelain birds.

Once again, success was made possible thanks to the perfect working relationship established between the Italian team and the museum staff, which was under great pressure and very much in the public eye during the renovation as the institution had been closed for 10 years. 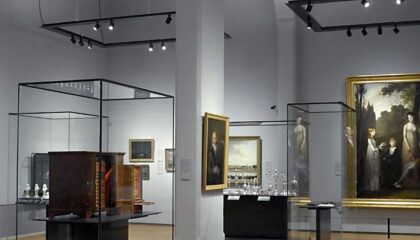 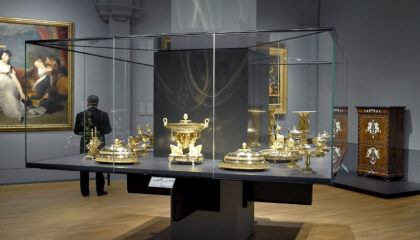 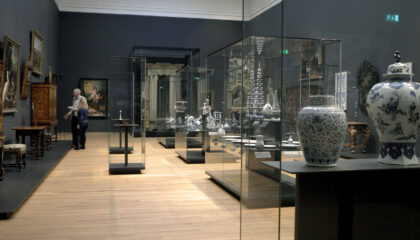 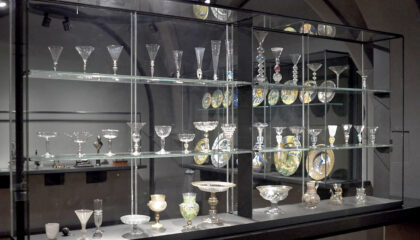 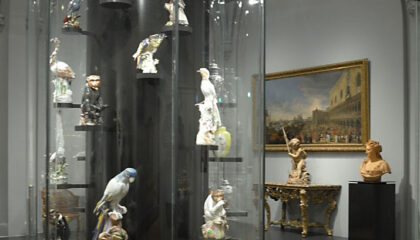 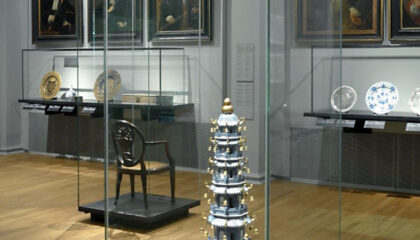 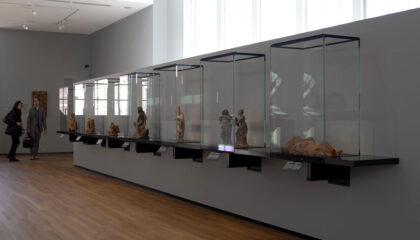 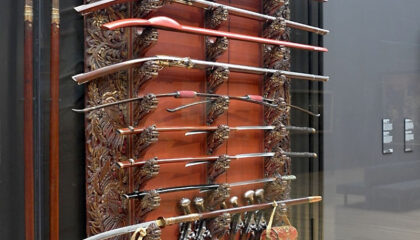 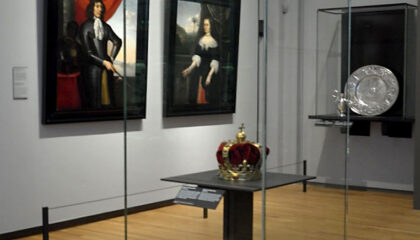 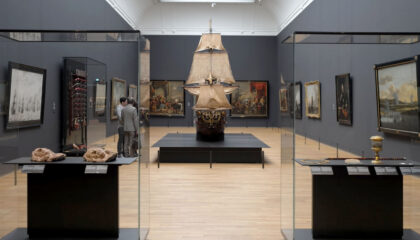 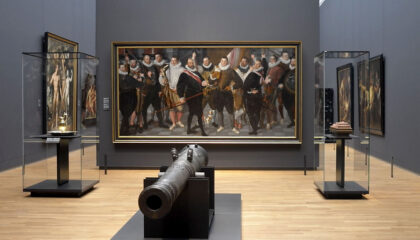 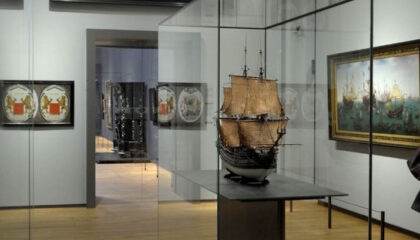