African Americans, unwillingly brought to America’s shores as slaves in the eighteenth century, have long been vital threads in the country’s tapestry, interwoven into its history, culture, economy and politics. The Smithsonian National Museum of African American History and Culture (NMAAHC), inaugurated in Washington D.C. in September 2016, aims to honor the symbols, diversity and actuality of the African American experience, and the long and ongoing rise from the hell of slavery to the present day. While the museum is particularly resonant for African Americans, it strives to provide a focal point for the many ethnicities and cultures that comprise American society—both a metaphorical home and a stimulus to the continual building of a shared destiny. So this is no mere commemorative monument, but rather a living museum that examines the past painful and inspiring alike in the interest of promoting change in the future.

Designed by Philip Freelon, David Adjaye and J. Max Bond, Jr., the building stands on the National Mall and boasts a view of the Capitol, the White House and the Washington Monument. The building, a huge block of deep, warm bronze, stands in striking contrast to the white marble of the city’s neoclassical architecture.

The majestic structure rises from a slim stone base to a capital crowned by filigree bronze plates whose design was inspired by nineteenth-century Yoruban three-tiered crowns and also echoes typical hairstyles of African women. The building’s symbolically resonant exterior of bronze metal lattice, a tribute to the intricate ironwork crafted by enslaved African Americans in Louisiana, South Carolina and elsewhere, is interspersed with areas of glass that allow natural light to filter through. Visitors enter the museum through a portal on its south side, which extends the building into the landscape and bridges the gap between interior and exterior.

With exhibits arranged over seven floors, four below ground level and three above it, the path visitors follow through the museum carries a powerful emotional charge. It begins in the basement with the faithful reconstruction of a nineteenth-century slave hut in South Carolina and from there climbs through the floors in a metaphorical journey upwards from slavery to segregation to liberation, illustrated by over one thousand objects, ranging from the remains of a wrecked slave ship, photographs of African American Civil War soldiers, Harriet Tubman’s hymnal, a c.1918 segregated railroad car, a World War I croix de guerre awarded to a member of the Harlem Hellfighters and photographs of the American South by W. Eugene Smith, to the memoirs of Martin Luther King, Muhammad Ali’s headgear, notes and memorabilia of novelist, playwright and social critic James Baldwin, Louis Armstrong’s trumpet, stage costumes worn by the Jackson Five, Oprah Winfrey’s costumes from The Color Purple, and artworks by Charles Alston, Romare Beardon, John Biggers and Lorna Simpson.

Given the scope, scale, and range of the project, the Smithsonian worked with several different case makers, each of whom contributed to the engineering, manufacturing and installation of display cases. Goppion engineered and built the most complex of these, where the quality of the technology and craftsmanship was considered indispensable. Over one hundred of our cases, some over 8 meters long, are distributed throughout the building. Created entirely in our Milan workshop, the cases were transported in sixteen containers to Washington, D.C., where a team of Goppion technical experts worked over a six-month period to fine-tune and mount them. Among the museum’s iconic and particularly delicate objects contained in our cases are the dress Rosa Parks was sewing the day she was arrested and a rare signed commemorative copy of the 13th Amendment to the Constitution, which abolished slavery in 1864. This particular showcase was built in collaboration with the NIST (National Institute of Standards and Technology). 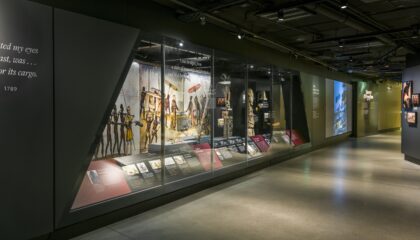 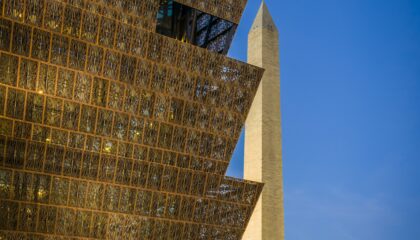 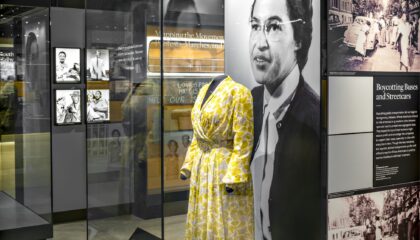 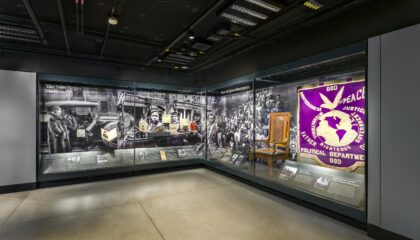 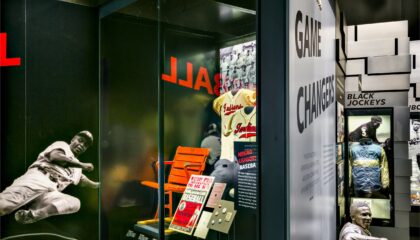 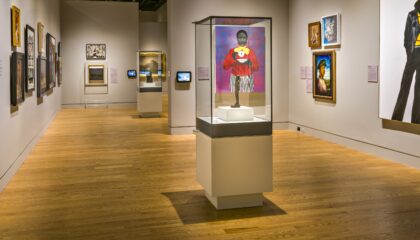 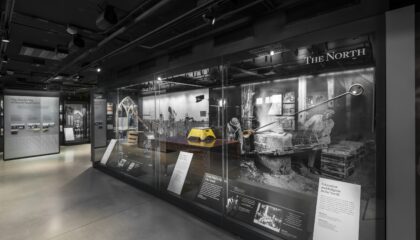 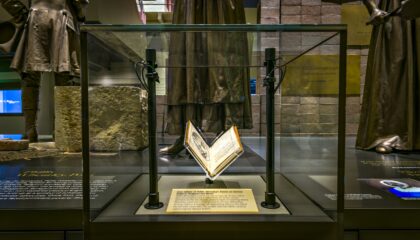 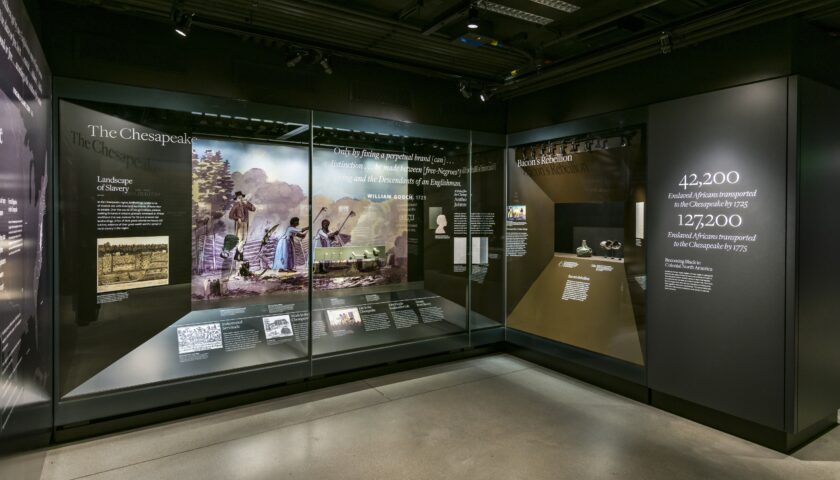 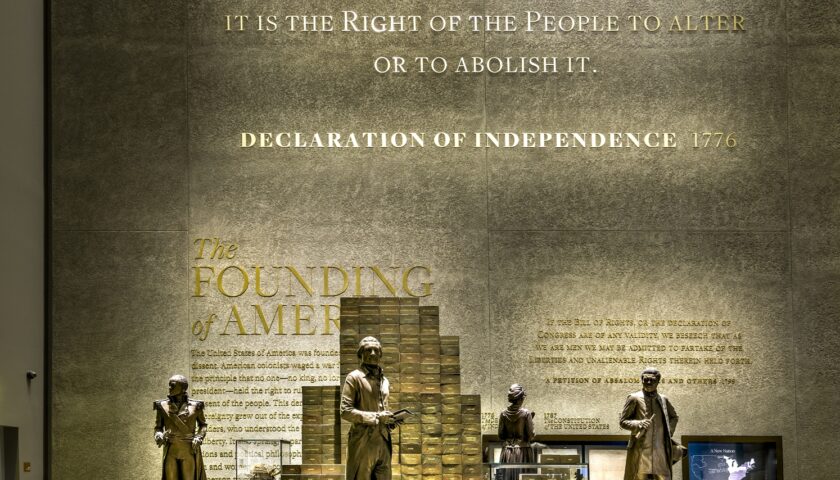