The National Archeological Museum of Castiglioncello was originally created by former Superintendent for Etruscan Antiquities, Luigi Adriano Milani, to house the many grave goods found during the digs carried out by Milani himself during urban works to this coastal town.

Built between 1912 to 1916 to appear like an Etruscan temple, it features multi-colored cement decorations outside. It was closed in 1973 in a state of abandon and reopened to the public in the summer of 2011 with the original collection but a completely new installation.

The challenge and the solution

In order to support the exhibition design based on the idea of considering the building and the relics to be a single entity that can’t be separated from one another, the traditional layout with boxy display cases was abandoned in favor of one large “reverse” display case that encloses the visitors and leaves the walls open. The case is equipped with series of shelves upon which the grave goods are displayed continuously and features the abundance that characterized Milani’s original installation. The large display case isolates the wall surfaces and the ceiling from outside air and maintains the microclimate of the case, keeping it within established parameters of relative humidity. At the same time, thanks to its complete transparency, it allows visitors to admire the collection and the architectural elements of the building. 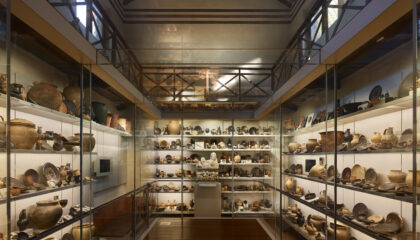 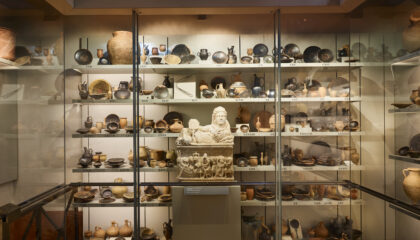 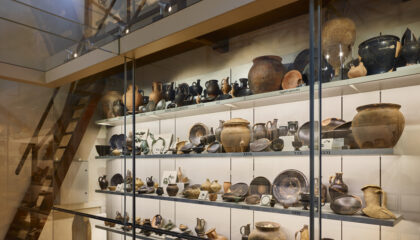 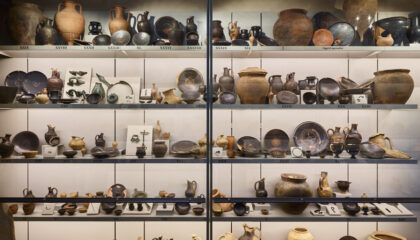 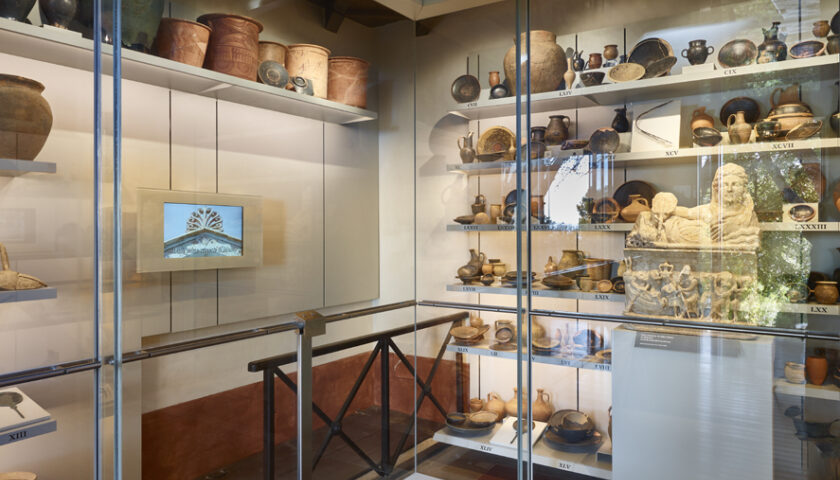 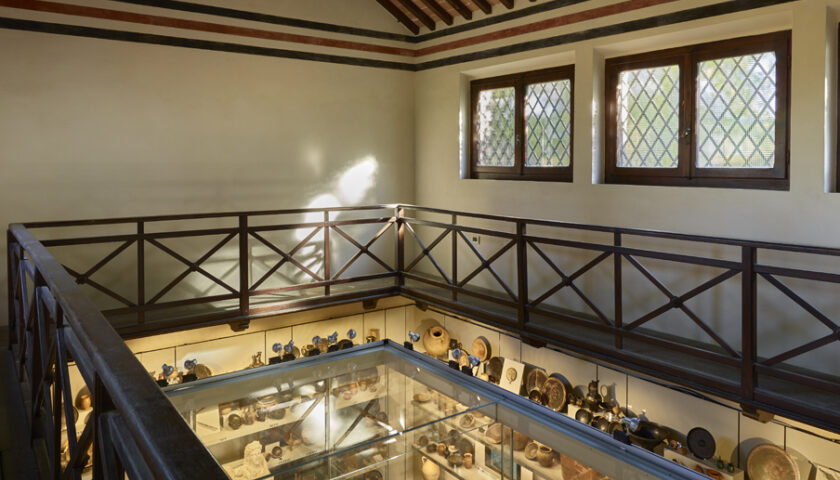