Museum of the American Revolution

A monument to the birth of the American nation, the new Museum of the American Revolution, situated in the heart of Philadelphia, a symbolic site, retraces the dramatic epic in a fascinating journey through exhibition galleries, theatrical performances, and historical re-enactments. From the first revolutionary upheavals in Boston to the first rifle shots of the War of Independence, from the signing of the Declaration of Independence to the creation of the Republic, visitors are expertly guided to the discovery of the ideals that spurred the protagonists of these historic events and the rich legacy that still survives today.

The magnificent collection of the Museum that today counts thousands of objects, works of art, manuscripts, and printed volumes began more than a century ago, born of the passion of a statesman who started a nationwide fundraising campaign to acquire the tent used as revolutionary headquarters by George Washington. A diversified and multifaceted collection that continues to grow, ranging from English, French, and American battlefield equipment to the wooden canteen of a soldier branded “UStates” in the epoch when this word represented a mere aspiration.

Designed by Robert A.M. Stern, the Museum opened its doors on April 19, the anniversary of the Battle of Lexington that marked the start of the revolution. The Goppion Inc. supplied 13 display cases expressly designed and constructed for these spaces. Everything can be traced back to the top-of-the-line Goppion display cases – Class Q –, exceptionally large wall units, their design required an accurate study of the openings to ensure perfect viewing of the artefacts within and to guarantee easy access by museum staff. This is why different opening systems were used, varying from the single or double doors with articulated quadrilateral hinges to the opening of the entire glass front thanks to two doors installed at the extremities of the display case with another central door that pulls out and slides open. The minimalist and formal elegance of the design, the technological quality, and attention to security – like the bullet-proof glass on the display case that contains the precious Diamond Eagles – comprise the hallmark of Goppion and constitute the least common denominator of our creations found in leading museums worldwide. Partially pre-assembled in the workshop in Trezzano, Italy, and sent by container due to their dimensions, the display cases took a specialised team of technicians more than two months of work to assemble and install. A complex logistical plan enabled us to overcome any difficulties presented by the ongoing construction of the building and successfully coordinate the various companies working side by side on site. 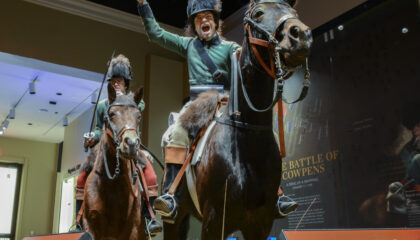 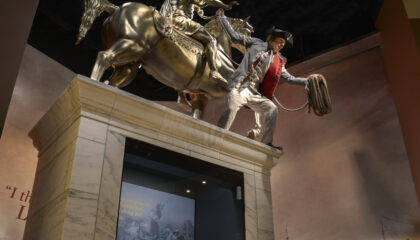 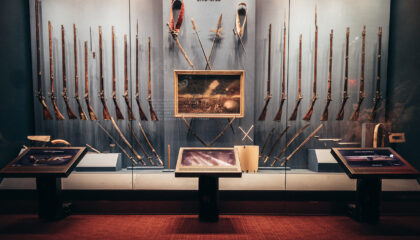 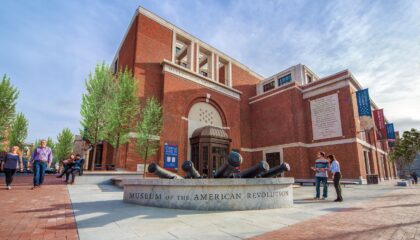 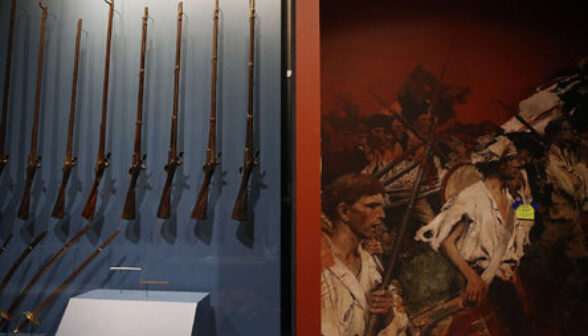 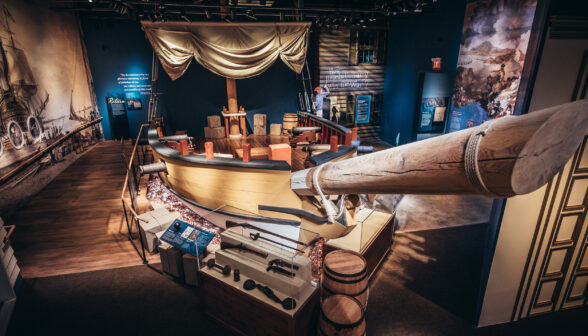