The HKMoA was closed in August 2015 in order to undertake a vast and detailed renovation dedicated to expanding the exhibition space available and improving the museum building itself.

The renovation, carried out by the Hong Kong Architectural Services Department (ArchSD), bestowed the HKMoA with a unique identity and ultra-modern architectural characteristics. The new glass façade appears “light” when seen from outside, making the building instantly recognizable on the Tsim Sha Tsui Promenade. At the same time, the choice to employ vast amounts of glass surfaces allows for ample light to pour into the building.

The total exhibition space increased around 40% (from about 7,000 square metres to around 10,000 square metres). The number of galleries thus grew from seven to twelve, including a gallery nine metres high in the new Annex, designed to host larger-than-life artworks. Two additional galleries were created for the museum’s extended rooftop.

In October 2018, Goppion was tasked with engineering and designing the permanent display cases for two galleries in the museum. One is the “Chinese Antiquities Gallery,” called such because it hosts objects ranging from the Neolithic to the 20th century, including ceramics and other decorative art pieces, such as objects in glass, engraved bamboo, wood, and ivory and rhino horns, as well as costumes, fabrics, and furniture.

Goppion was asked to display and conserve this priceless collection of Chinese heritage. To meet the museum’s requests and restrictions, the company designed 45 freestanding display cases (2500 mm x 800 x 2100 h). Other characterizing elements engineered by Goppion include the presence of cutting-edge lighting systems that can be controlled via Bluetooth by smartphone and tablet, as well as an active system for stabilising the relative humidity and an air filtration and recycling system.

The other gallery is the “Fine Art Gallery,” which houses a collection of over 5,000 objects, including paintings, calligraphy works, and pieces coming from a variety of schools and eras in the history of Chinese painting. Goppion designed 24 wall display cases, totalling 180 metres wide and 3.4 metres high. The display cases were assembled on site and required an extensive amount of materials, including 75 large sheets of glass that could be attached to the floor, as they were unable to be fixed to the walls or ceiling.

In addition, much research was conducted in structural engineering, guaranteeing the stability and resistance of the towering display cases. To be able to open the cases’ sliding doors up to 80% of their width without needing floor support, Goppion created a system of drawer slides and bearings so innovative that the company requested a patent. 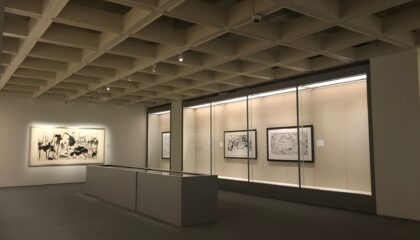 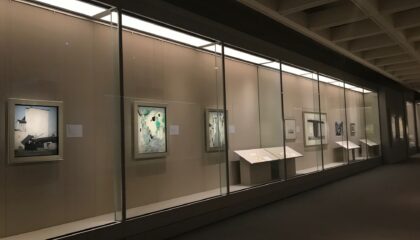 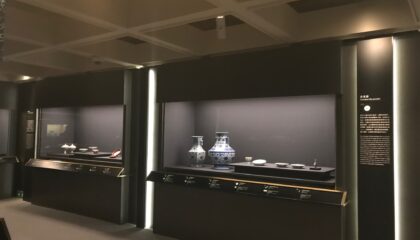 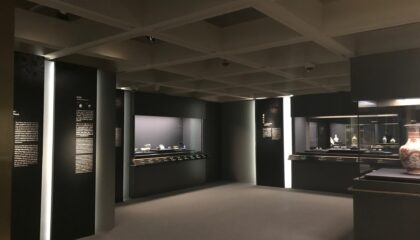 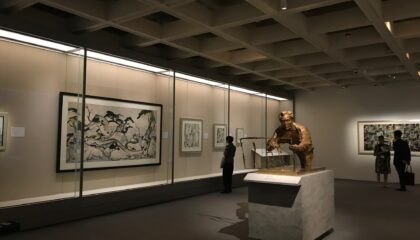 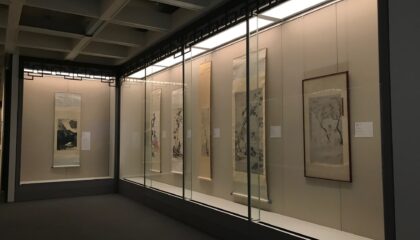 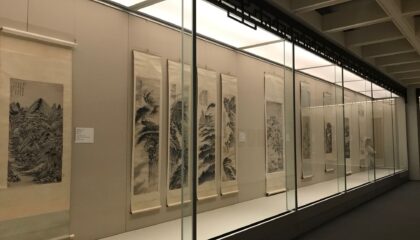 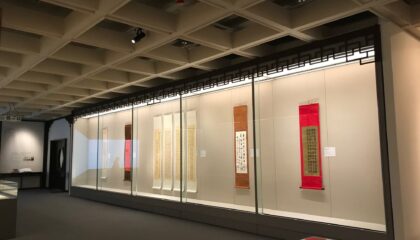 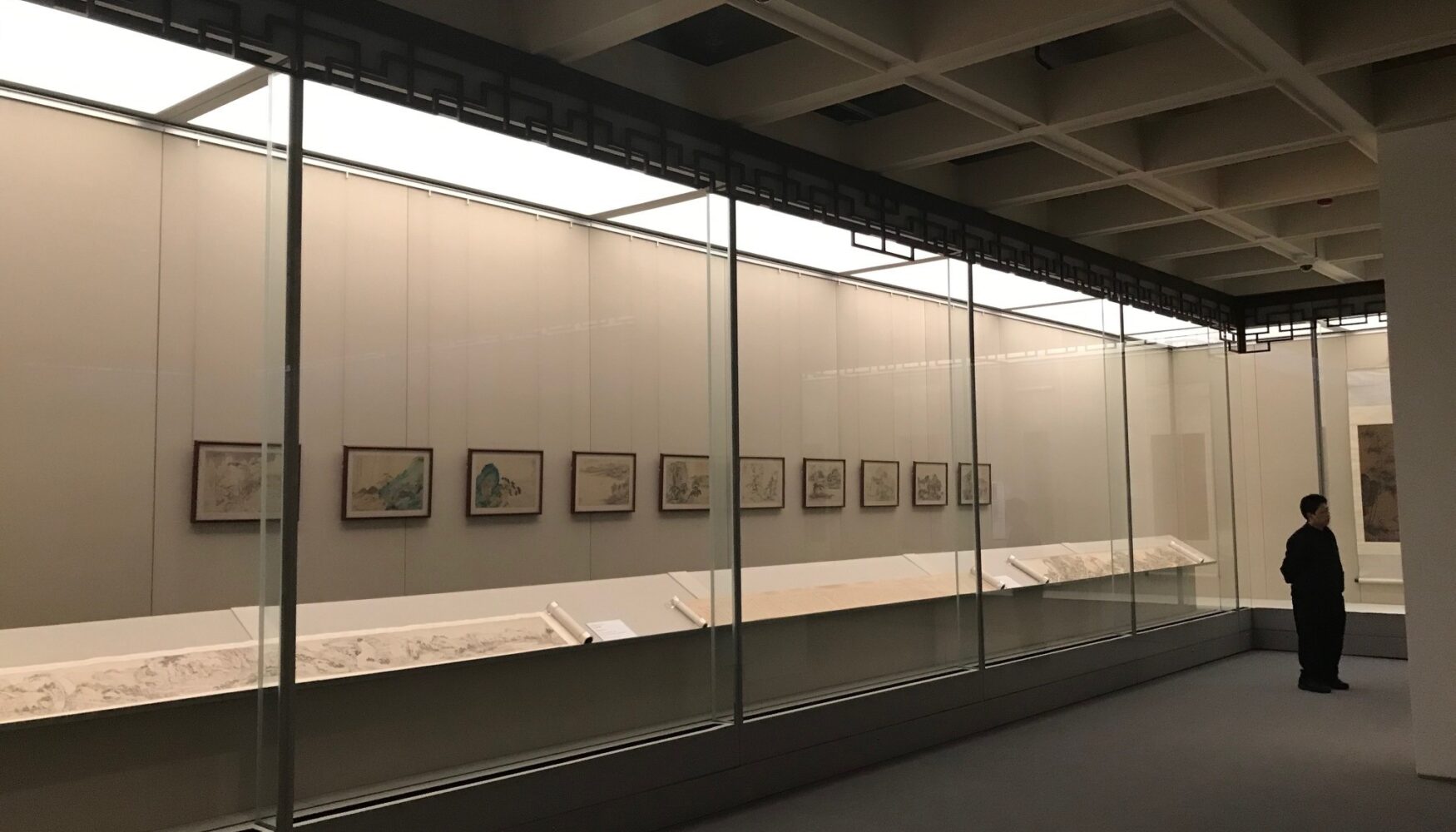