Inaugurated in the spring of 2015, the new Egyptian Museum of Turin presents totally renovated spaces for an institution intent on turning the page by transforming the first museum in history entirely dedicated to the art and culture of Ancient Egypt into "a post-modern museum of international standing".

The project for the new museum is part of and continues the cultural history of Guarino Guarini's building and enriches its meanings and functions over time: Jesuit College, Academy of Sciences, Museum of Natural History and Savoy Gallery. The historical aspects have been restored for the exhibition functions, the building has added three new floors, excavated under the courtyard area for the reception, the technological power stations and new warehouses. It has created even more new areas by raising the building in via Duse for a suggestive roof-garden and also renovated the attics for the plant equipment.

The exhibition design, architecture and technology are combined to represent and stage the history, culture and charm of Egyptian civilization. The design of the spaces is designed to achieve an astute retreat from the city and the present.

The narrative of the archaeological finds, the harmony of the collections, the work of generations of archaeologists are accompanied by deep sensory suggestions. From the dark and mysterious spaces of the hypogeal court the spectator is gradually brought to the light on the upper levels, and again to the semi-darkness of the tombs in a cyclical path such as the rotation of night over day, of life over death, of silence over celebration. From the sacred underground places to the rooms, warm in colour and endless like the deserts of history, to the green space of the oasis of the rest: the constantly changing exhibition design leads one to feel the places in order to understand their history.

Winning an international competition, Goppion created the entire layout of the museum: over 150 structures including display cases, supports and bases, built and installed in record time. The showcases, which reach considerable dimensions, are characterized by a great variety of types - island, wall, recessed - to which corresponds a wide and functional range of opening systems. These systems are the result of the most recent and original technological research carried out by the Goppion Technical Museum Laboratory.

The designers' desire to integrate the architectural space, strongly connoted, and the exhibition space required absolutely diaphanous, almost invisible showcases that would allow the vision of the works on display and, at the same time, of the imposing 17th century architecture.

Large glass bells, characterized by a 'minimalist' design and the absolute purity of the lines that frame large transparent volumes, the mechanical components, invisible from the outside, are confined to the edges and thickness of the large glass mirrors, so as not to overlap either the works or the architecture and not to distract the visitor's attention in any way.

A happy synthesis of transparency and robustness, the windows of the Museum of Turin guarantee the absolute safety of the works and visitors. The large-sized, thin roof "skylights" (to remain within the load-bearing limits of the floors of the historic building) are "stuck" on the vertical walls, thanks to an exclusive edge processing (covered by a patent), invisible to the outside, which prevents them from collapsing even in the event of failure of the adhesives.

Finally, at the opening door, the insertion of a metal tensioner (also patented) at the edge of the horizontal sheet prevents it from bending and guarantees its non-deformability over time.
The construction methods of the showcases, the airtight insulation of the display compartment and the perfection of the gaskets guarantee the exceptional level of airtightness of the showcases which have been tested by the Polytechnic of Turin and in the case of some delicate objects, can reach a change of air every 20 days. 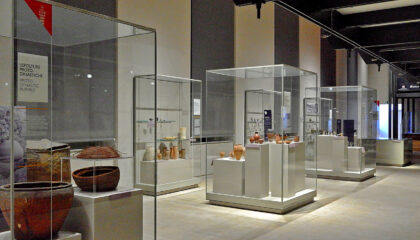 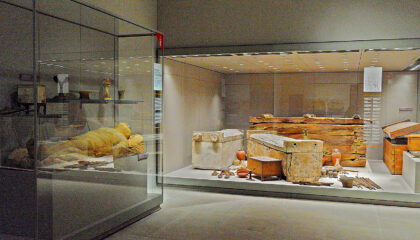 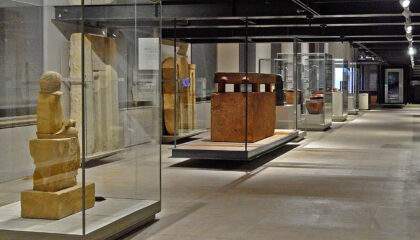 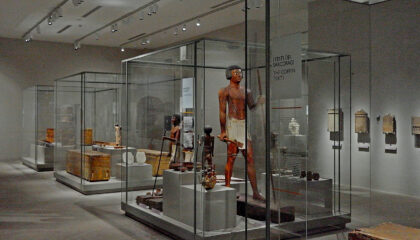 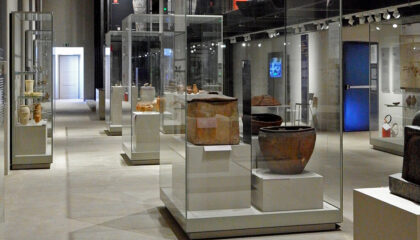 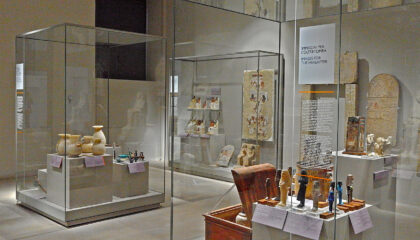 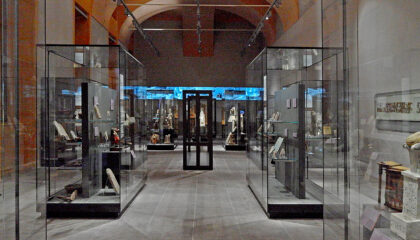 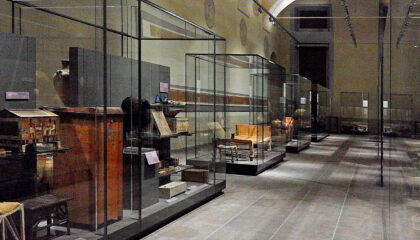 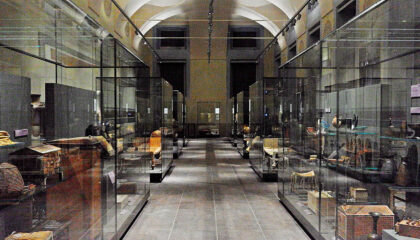 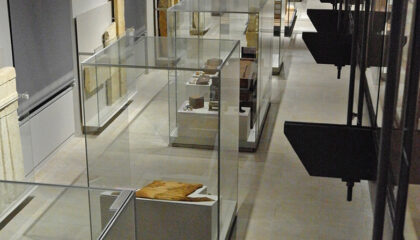 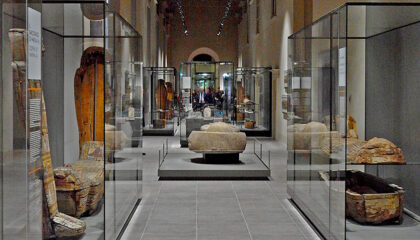 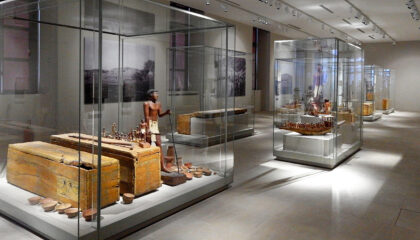 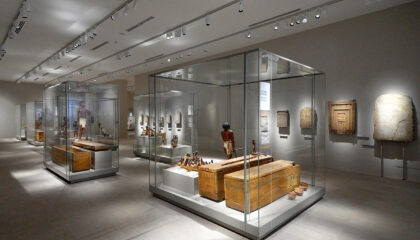 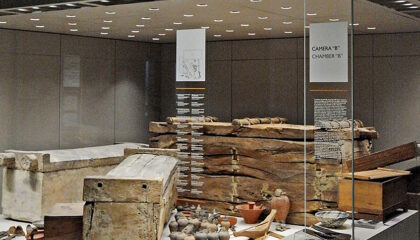 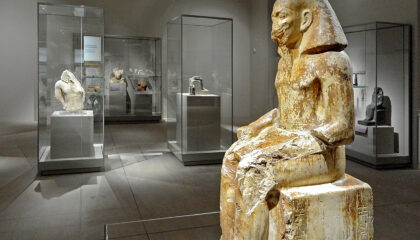 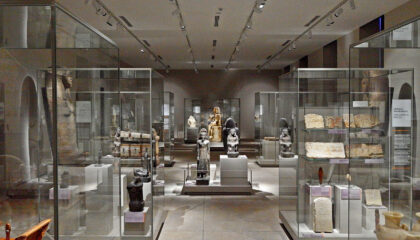 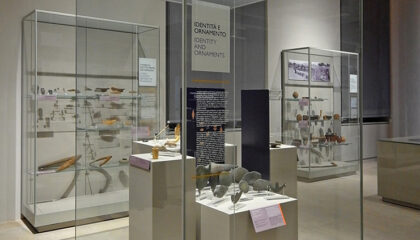 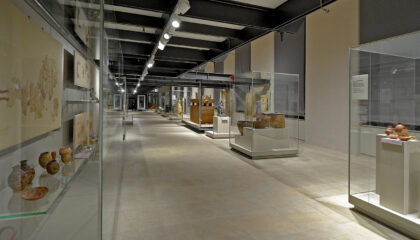 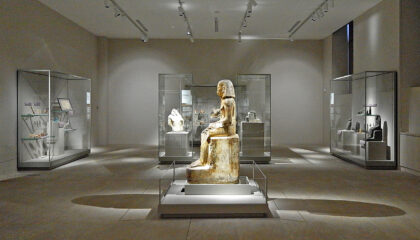 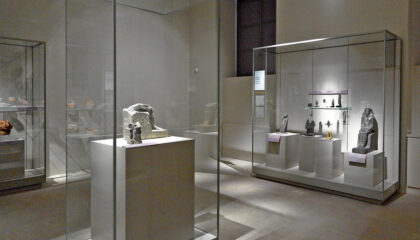 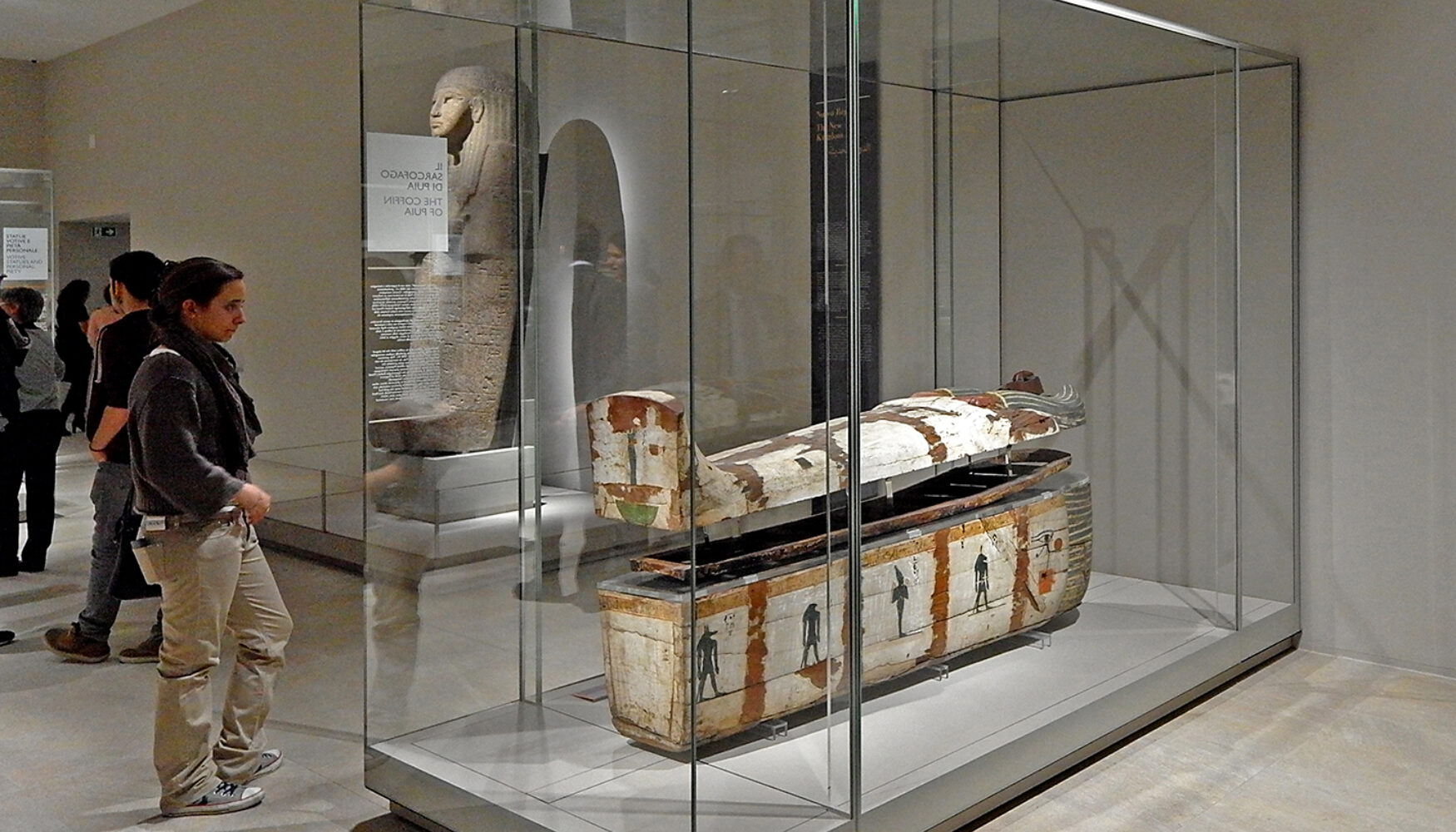