The restoration of the Museo dell’Opera del Duomo more than doubled the gallery area of the original museum, from 2,500 to 6,000 m2. Architectural elements and exhibition spaces were designed of a piece, resulting in a uniquely harmonious museum that protects and displays over 750 works that epitomize Renaissance art. The entire museum layout was revolutionized by the museum’s director, Renaissance scholar Monsignor Verdon, in order to recount, as he notes, “the extraordinary tale of the sacred and profane events associated with the monumental complex consisting of the baptistery, the cathedral, the dome and the campanile.”

The multifaceted project involved not only a complete renovation of the existing museum, but also the acquisition and restoration of the Teatro degli Intrepidi, whose scale allowed additional exhibition space, amenities and reception areas to be created. The dimensions of this great hall enabled designers to install a full-scale model of the Duomo’s original façade, illuminated from above. The original sculptures that had decorated the façade were moved to parallel positions on this model, allowing visitors to view them from their intended vantage point. This immense exhibition space also features the large display cases containing the baptistery doors, which are set into a massive architectural backdrop that counterbalances the replica of the enormous façade. Three side galleries were also added to exhibit medieval and Renaissance sculptures, surveys of the campanile, and scale models of the cathedral’s new façade. A new structure between the theater and the other buildings, virtually invisible from the street, holds models of the dome, Brunelleschi’s office, and Bandinelli’s choir. A false ceiling between the dome’s gallery and the choir hall enables the room containing Michelangelo’s Bandini Pietà to be illuminated from above.

Commissioned to develop the new display arrangement, Goppion created cases that combine state-of-the-art performance with a refined aesthetic sensibility. Goppion manufactured the special display case for Ghiberti’s Gates of Paradise, and matched it with twin cases for the North Door, also by Ghiberti, and for the South Door, by Andrea Pisano. Sculptures that originally appeared above the doors are placed above the monumental cases, highlighting their key role as Gothic art began its metamorphosis into Renaissance art. The fragile, precious baptistery doors required exceptionally airtight cases that would ensure stable relative humidity levels below 15 percent to prevent the gilded areas from oxidizing. The 3 cases are equipped with an electrical advancement system to allow maintenance and to adjust their position in relation to sophisticated LED lighting systems that provide dimming and color temperature options. Goppion also created special display cases for other masterpieces in the museum, such as Donatello’s Mary Magdalene and the objects that comprised the cathedral’s treasury, including the stunning silver altar in the baptistery. There are fifty display cases altogether, all of which contain overpressure climate control systems that prevent unfiltered air from entering the cases. The compressors and ductwork for filtering and distributing the air directly into the individual cases are integrated into the surrounding architectural structure, and thus completely hidden from view. Goppion developed an extremely wide array of cases for the project, customizing each one to suit the object and the context in which it would be exhibited. We likewise refined the opening system technologies employed, which range from simple hinged doors to motorized pantograph lifting mechanisms and sophisticated systems of coaxial screws engineered specifically for this project. The large display case containing vestments deserves special mention, fitted as it is with special climate-controlled drawers for the conservation of articles that are not on display. Each drawer incorporates a shock absorbing system to protect the objects within as the drawers open or close. 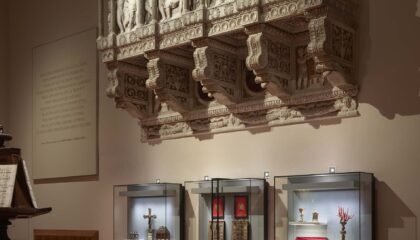 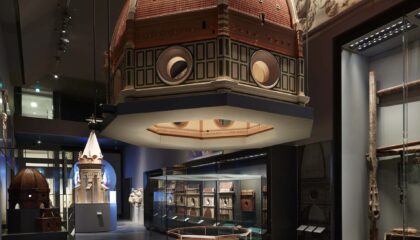 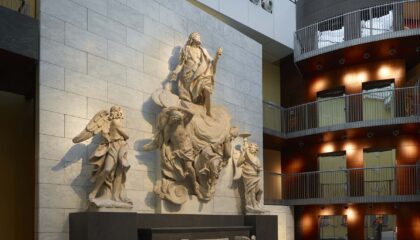 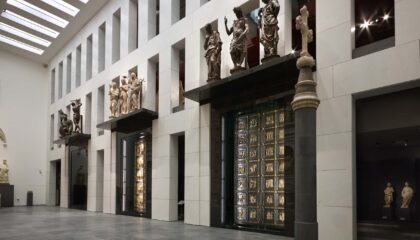 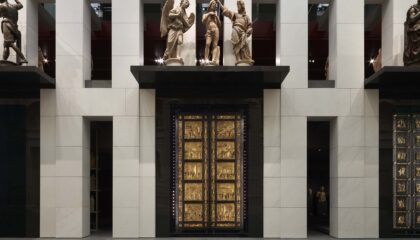 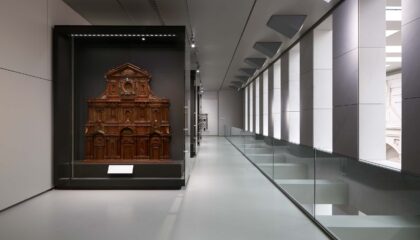 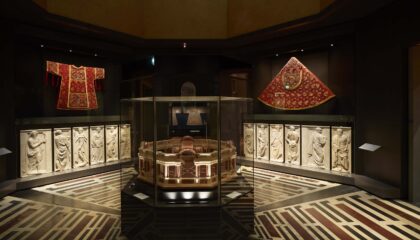 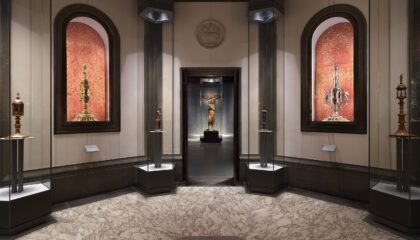 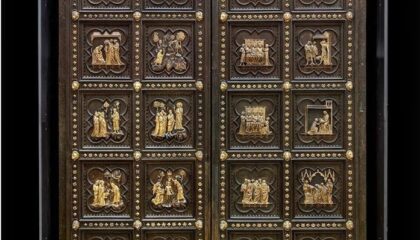 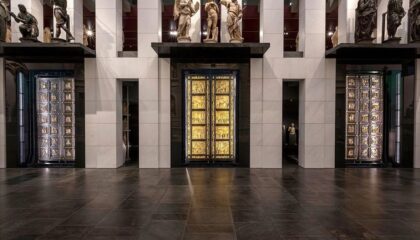 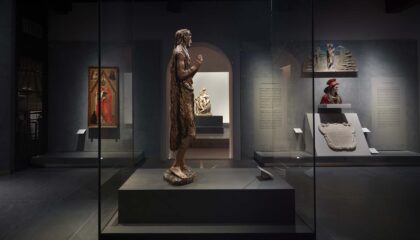 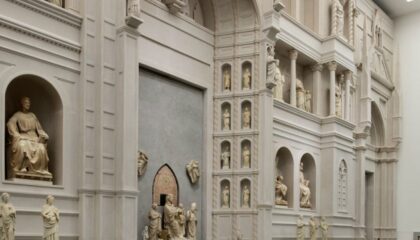 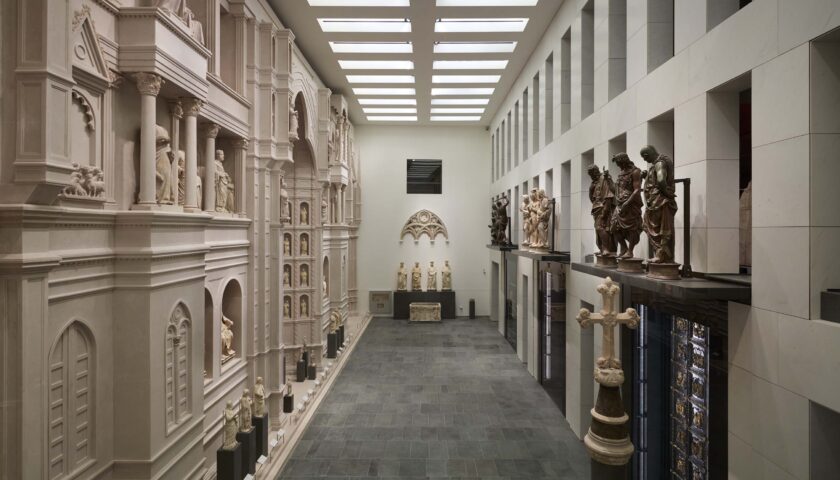 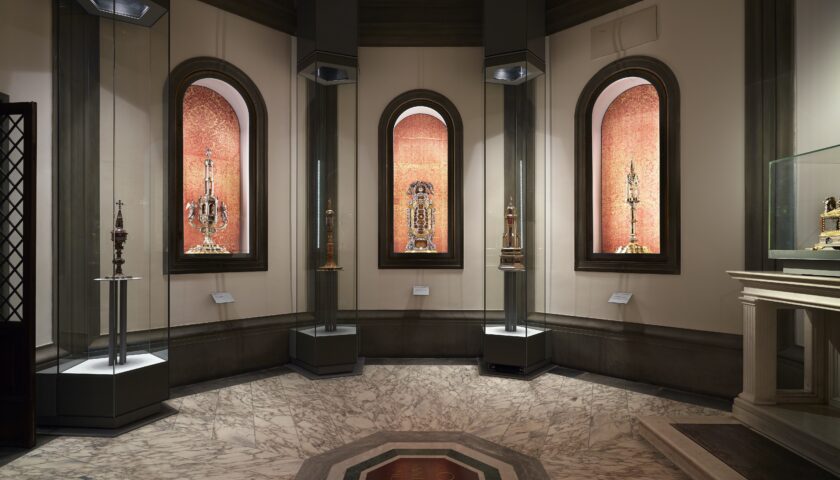