Designed by Renzo Piano, Muse is at the center of a new, up-and-coming urban quarter in an abandoned industrial zone on the Adige River. This museum stands out for its attention to environmental sustainability.

With its futuristic look that pays homage to the nearby mountains, the shapes of the buildings create geometric interplays that perfectly reflect the interesting scientific and cultural path the visitor will take inside.

Set over four wide, open levels, the museum brings together the objects and traditional approach found in museums of natural history with new themes and the interactive methods of modern science centers.

This museum is a product of is natural setting and plans to maintain that connection to its roots. The story begins in this alpine setting, and its uniqueness is a characterizing factor. This museum takes on the ancient history of man, following him as he settles the land, interacts with it and then modifies the natural environment. This takes the visitor out of the local context and forces him to take on larger themes of human involvement.

For Goppion, the MUSE project, which also involved Trento’s Asteria (for graphics and multimedia) and Acuson from Turin (for hardware), was truly a unique challenge considering that we were asked to play the role of fit-out contractor. We had to direct and coordinate the installation on the inside, which went much beyond engineering and supplying single elements.

The actual museum display cases, for which Goppion is known as the world’s leading manufacturer, make up just a small part of this museum project drawn up by Piano’s studio and based on a series of unique installations, all of which were different. Each required engineering studies, prototyping and dedicated testing.

The main inspiration behind the entire installation is “zero gravity.” As a way of differentiating between the architecture and the museum layout, objects float in the air with their supports and containers, which are invisible and minimalist, separated from the context of their surroundings. Thus tables are “loose” and maintain only their horizontal top part in wood. Legs are reduced to simple steel reinforcing rods, which anchor them to the structure.

The main theme of the museum layout is the “big void” and this continues throughout the entire structure from top to bottom. But it is a big void filled with life. Animals are displayed along a spiral that gets increasingly narrower. These animals are categorized by where they are found in the environment – from the mountains to the plains –and in terms of their evolution, all the way back to their ancestors, the great dinosaurs found up on platforms in the basement level, which recreates the prehistoric period in Trentino.

Floating levels that intersect and are connected by steel cables make for an enormous “house of cards,” that has lightness as its dominant theme. But this doesn’t mean that the complexity of the building is hidden and, symbolically, neither is the complexity of natural evolution hidden either.

Once again, Goppion has made itself available to a museum’s artistic and scientific directors, bringing life and substance to ideal constructions and translating that which was only imagined on paper into a concrete expression made up of real structures – cables, wires, tie beams, glass, display cases, supports, graphics and multimedia – able to best express the cultural and formal message its creators had in mind. 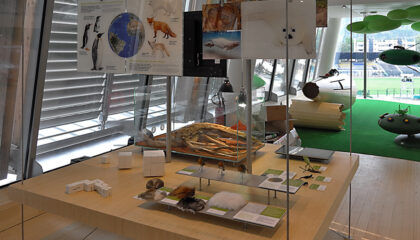 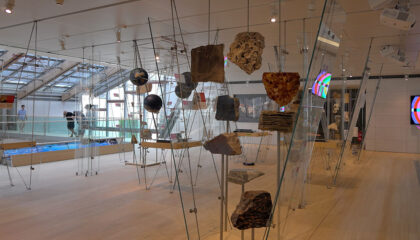 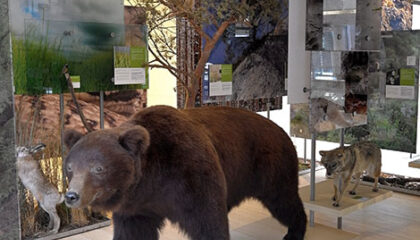 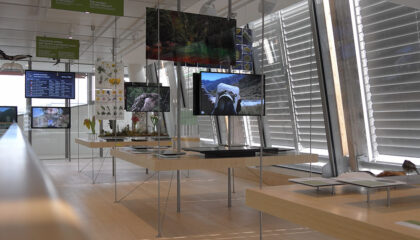 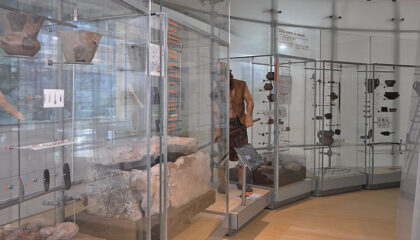 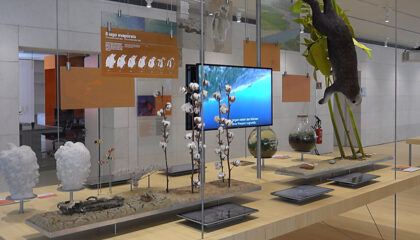 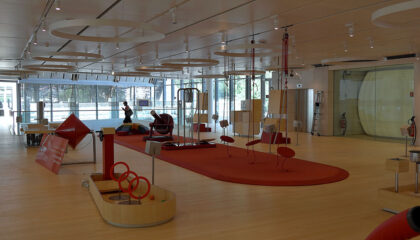 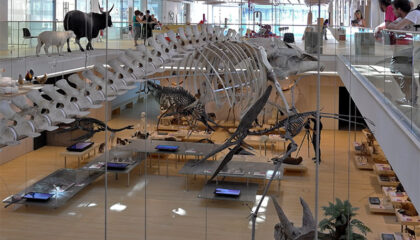 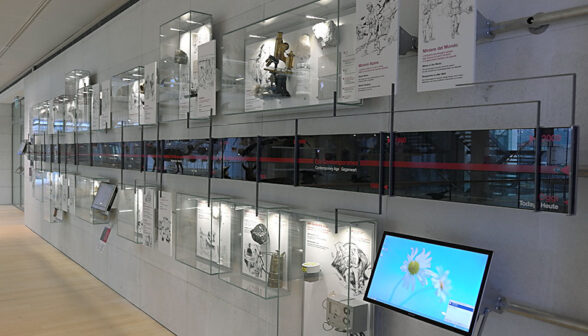 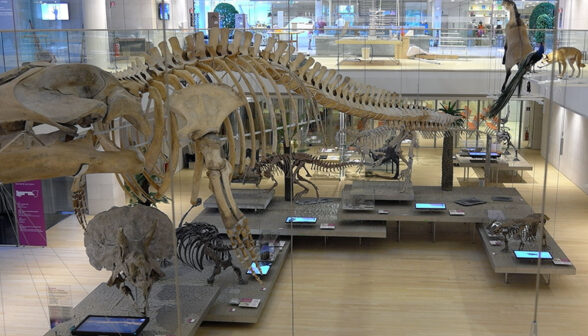