The MAXXI National Museum of the Arts of the XXI Century is the first national institution dedicated to contemporary creativity designed to be a learning center for culture. Housed in an innovative and spectacularly designed Zaha Hadid structure, Rome’s MAXXI houses two museums: MAXXI Arte and MAXXI Architettura.

In a country like Italy characterized by centuries of artistic and architectural excellence, a museum like this aims to bring this excellence into the future. The MAXXI aims to be a center of excellence, an interactive junction featuring a wide range of expression. And because art and architecture are essential components of a country’s image and perception abroad, the MAXXI must therefore be a sort of "antenna" that transmits what’s going on in Italy to those abroad and picks up on what’s going on from outside.

The primary challenge of this exhibit was to develop a modular display system consisting of individual table case units that could be arrayed in varying configurations in order to create a unified display. As each module would be transparent on the sides, the hinges and openings had to be concealed at the front and rear rather than on the sides, which is more typical.

The case design, by Aldo Aymonino of the Seste Engineering Studio, called for "origami" bases of folded steel supporting the table case modules. Goppion engineered the nesting base components to resist the load of the heavier case on top with a lightness of form that belies their strength. The modular center cases have transparent glass ends with back-painted bands front and back concealing specially configured gas-spring actuators and hinges respectively. LED lighting washes over the exhibit environment and is concealed at the rear. The cases can be assembled in multiple configurations each of which appears to be purpose built due to the transparency between modules and the graceful design of the base and cases themselves. The ethereal lightness and neutrality of the structures is enhanced by the white powder coating on all visible steel. 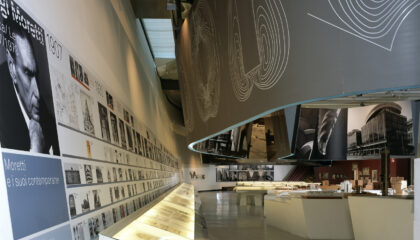 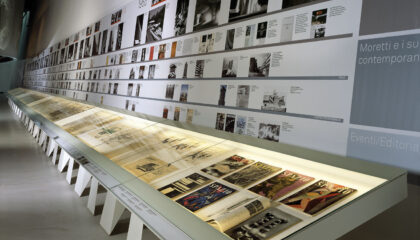 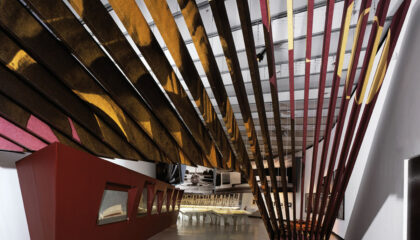 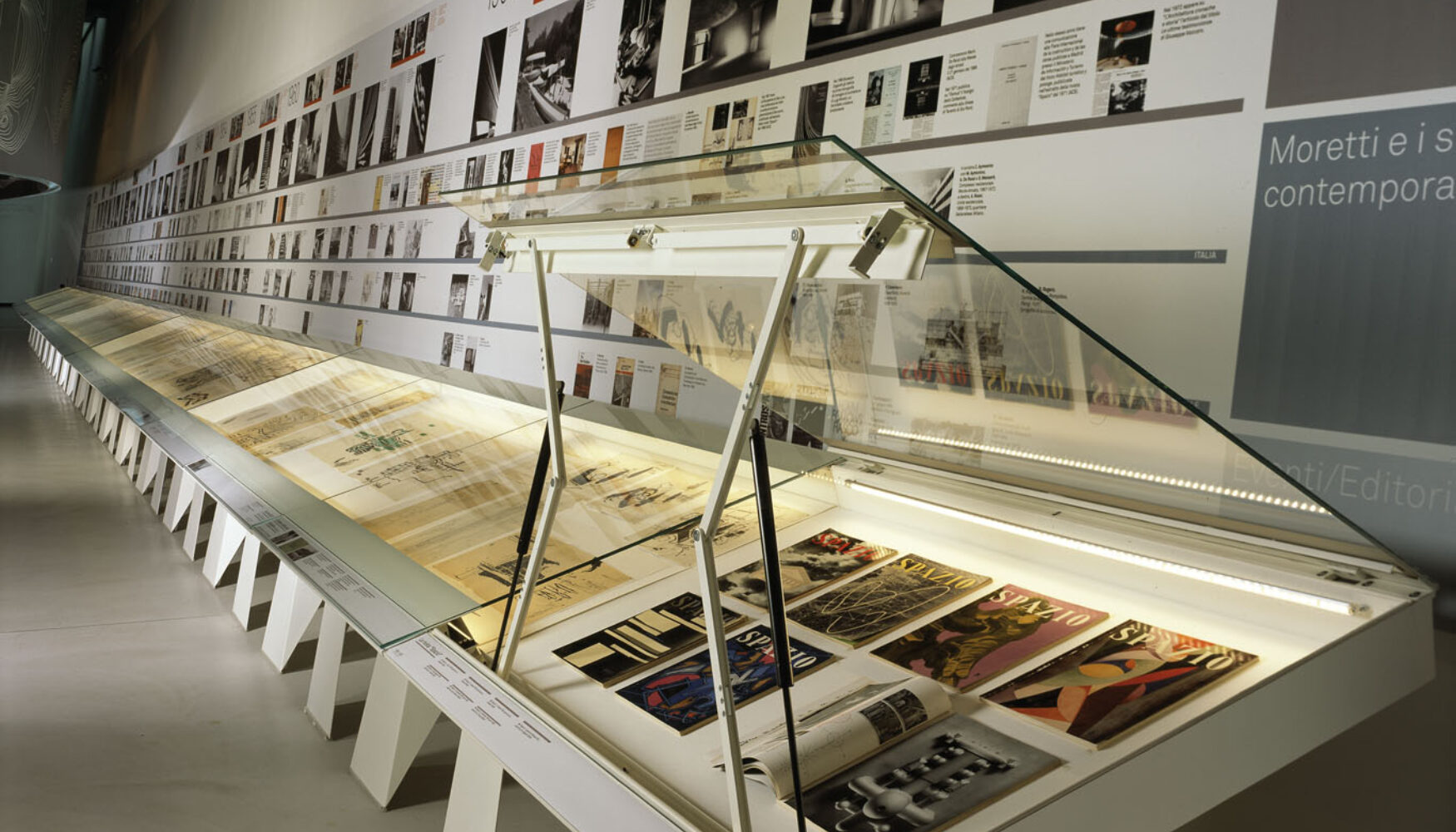