The city of Lens in northern France was once an important center for mining, but today it is in the midst of a serious economic and social crisis. It was chosen in 2004 as the location for a Louvre “satellite”, and the idea was to create new development opportunities for the area.

It was officially inaugurated December 4 on the day of Saint Barbara, the patron saint of miners. The museum, which is all on one level, is located in the center of the city in what was once a mining site and has been transformed into a park. The complex is made up of five adjoining buildings – four of which are rectangular and one that is square - with the layout meant to seem like an elongated version of the museum in Paris.

The glass and aluminum structures create a dynamic relationship with the surrounding area with sweeping views of the mounds of debris that make up the landscape of this ex mining site and equally sweeping views of the green park. These views make for continuously changing inspirations and emotions as the light and seasons change. There are three exhibition spaces. The Galerie du Temps space is meant to house 250 works from the Louvre on a rotating basis as well as masterpieces from the 4th Century BC all the way to the 19th Century (only the most delicate masterpieces like the Venus de Milo and the Mona Lisa will be spared the trip to this former mining town). Works from all eras and all cultures are displayed side by side with the goal being to create a new way of experiencing a museum visit. Two other spaces are dedicated to temporary exhibitions. The Batiment 2, for example, is meant for large shows (about two per year) starting with the inaugural exhibition dedicated to the Renaissance. The Pavillon de Verre is, however, the location for temporary shows having to do with the area where the museum is located, the region of Nord-Pas de Calais.

Adrien Gardère’s design philosophy, characterized by a sophisticated minimalism, presented a challenge for the installations realized by Goppion. This led to research and experimentation with materials that were small in dimension but very robust in terms of resistance.

The display cases are characterized by purity in terms of shapes and sizes. They feature perfect joints and corners. The use of thin but perfectly efficient hinges allowed the opening mechanisms to be completely hidden. White in various tones and nuances is the dominant color with the only exception being in the rooms dedicated to the Renaissance exhibition where delicate shades of red, blue and yellow can be seen on the walls with natural ash wood display elements. The effect is the complete abstraction of the works from the place that houses them – the art works stand out in all of their formal and symbolic purity suspended in time and place and purposefully decontextualized. 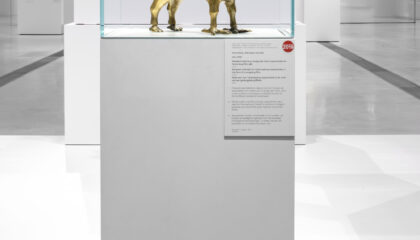 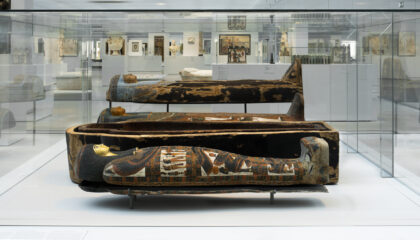 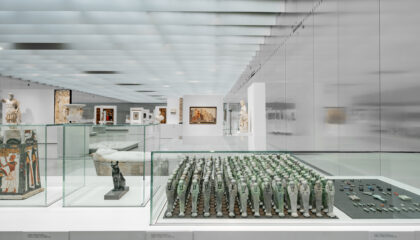 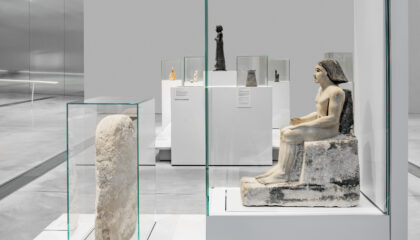 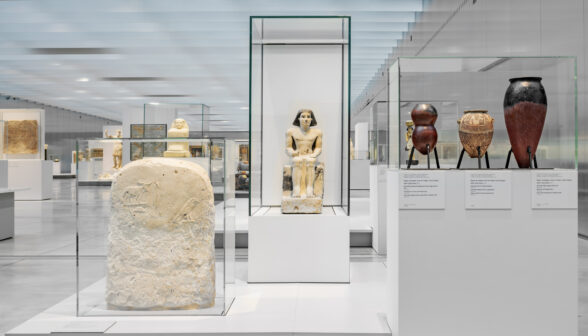 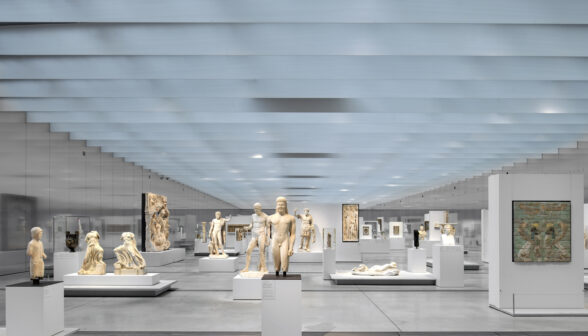 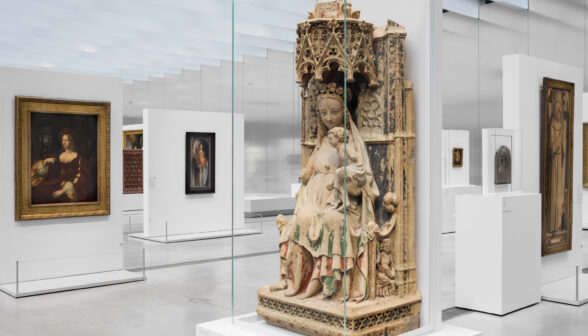