In 1986 the artist Gerhard Richter painted two large works (each 6 x 4 meters), Victoria 1 and Victoria 2, for the hall of the new head office of the Victoria insurance company in Düsseldorf. In the 3 decades since the paintings were initially installed, Richter’s artistic importance–and the monetary value of his works–have greatly increased. As a result, the board of the company–now ERGO Versicherungsgruppe–decided to protect them in custom-built climate-controlled cases. The reinstallation took place in 2015.

Goppion designed and built the cases in its Milan workshop. Concurrently, the paintings were removed from the walls for the first time and taken off-sitefor restoration; they were so large that a special opening had to be made inthe front of the building. Since there is currently no glass manufacturer in the world capable of producing a single sheet of glass sufficiently large to encase these paintings, Goppion engineered and produced 2 doors, each consistingof a metal frame holding 3 equally-sized panes of glass, glued invisibly alongtheir 5.2 meter horizontal edge. The resulting door (7.8 x 5.2 meters overall and weighing approximately 1,800 kilos) has a motorized opening system. The case is completely airtight thanks to a mechanism that compresses the gasket around the entire perimeter of the door on closing. The remote-control climate management system, equipped with air filtration componentry and connected to the building’s fire-prevention system, ensures an ideal microclimate within the case. 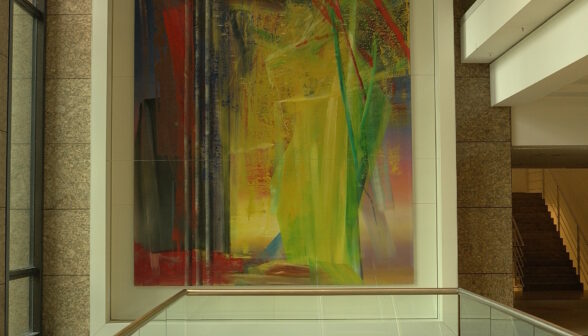 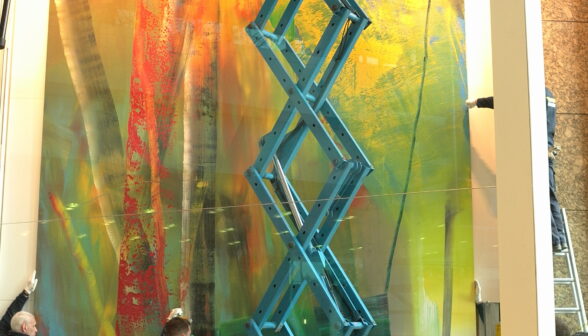 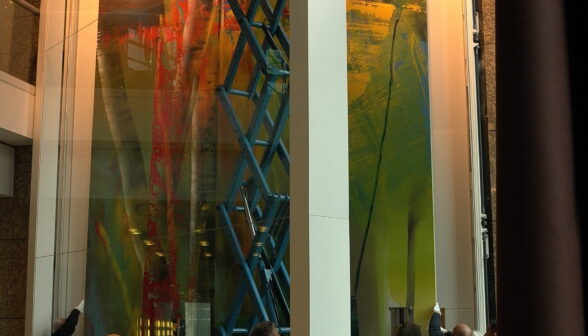