Michelangelo worked on the Rondanini Pietà, his final masterpiece, from the 1550s until his death in 1564. In 2015 the marble sculpture was moved to a new location in the hall of the Ospedale Spagnolo (Spanish Hospital) in Castello Sforzesco. Goppion was honored with the commission to provide the display, and brought the very latest technology to bear on the project so as to give visitors unparalleled, intimate access to the work while protecting it from all risk.

Restored specifically to house Michelangelo’s haunting final work, the large space features partially recovered frescoes and the rib vaults typical of sixteenth-century construction. The hall had originally served as an infirmary, set up by the Spanish to look after soldiers from the castle’s garrison who succumbed to the plague that struck the city in 1576. A place of such unspeakable suffering seemed particularly suited to a sculpture that expresses a mother’s boundless pain at the loss of her son. Placing the work where the altar had stood, beneath an inscription from the Apostles’ Creed in the vault’s cartouches—“He ascended into heaven”— emphasizes its sacred nature.

As visitors enter the hall, they find the statue facing away from them. This thoroughly unorthodox approach is a deliberate ploy to oblige visitors to make their way around the sculpture and thus acquire a fresh appreciation of a celebrated work. “Visitors will see the sculpture from behind and the first thing they will notice is what Michelangelo sculpted last, the Madonna’s back as she bends over Christ, making the emotion expressed in the work even more powerful,” says architect and designer Michele De Lucchi. “Only by working one’s way around the statue, can one see the front, with Christ supported by his mother as his legs give way: a completely unexpected perspective that was carefully calculated to highlight this very aspect of the unfinished sculpture, which previously could not be viewed in its entirety.”

Goppion engineered and manufactured the cylindrical metal pedestal on which the statue stands. It was designed by Michele De Lucchi in collaboration with Milan’s Politecnico, Milan City Council, Miyamoto International, and the Castello Sforzesco heritage office. The visible pedestal is supported by a special platform beneath the floor, certain components of which Goppion also manufactured. It buffers the work from vibrations caused by the subway trains that pass below the building, as well as from seismic tremors.

Goppion used steel manufactured using milling, welding, and painting techniques in accordance with UNI-EN certified standards. These processes on the one hand guarantee the steel’s weight- and stress-bearing capacity and on the other ensure that the pedestal is a perfect cylinder, with no visible joints or imperfections, thus meeting aesthetic criteria.

The base combines considerable load-bearing capacity (the statue weighs 780 kg) with the precision engineering of a watch. The work’s center of gravity is severely shifted towards the rear, partly as a result of the artist’s modifications as the work progressed. One particular interior component was specifically created to account for this displaced center of gravity. A series of irregularly spaced bars radiate from an adjustable ring bolt that anchors the statue to the base, preventing it from falling even if it receives a severe jolt.

A copy of the Pietà that closely mimicked the original was specially made for testing during development, even using marble taken from a quarry in operation since the Renaissance and close to the quarry Michelangelo preferred.

The laboratory of the Centro Elettrotecnico Sperimentale Italiano (CESI) in Seriate rigorously tested all aspects of the display system during the course of manufacturing. Once in position in the castle, the pedestal and its underlying support system underwent further simulations of the various types of stress to which the sculpture might be exposed. To further protect the sculpture yet maintain the viewer’s sense of intimacy with it, Goppion developed and installed a low barrier of thick yet highly transparent glass held by strong metal uprights that anchor to the pedestal’s substructure. Solid oak flooring conceals all the mechanics within and beneath the barrier. 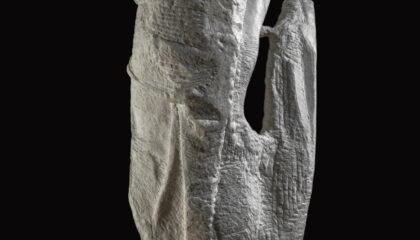 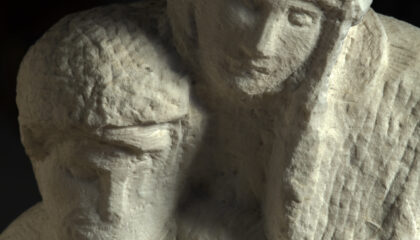 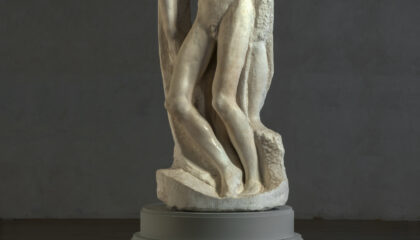 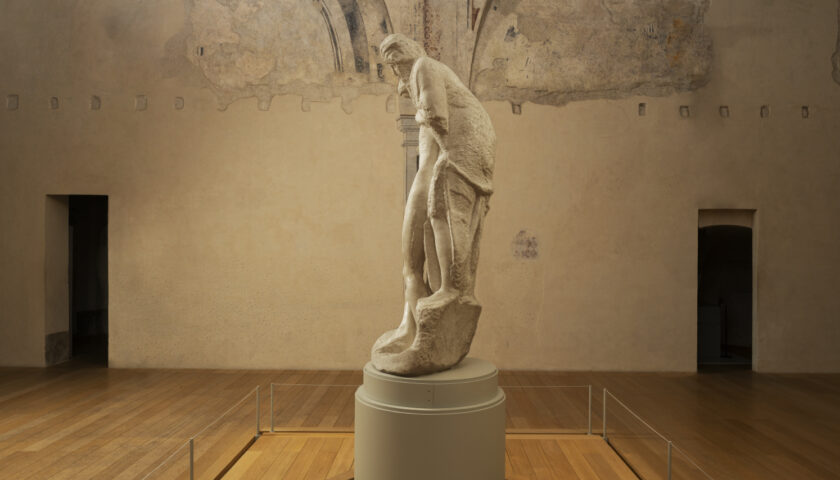 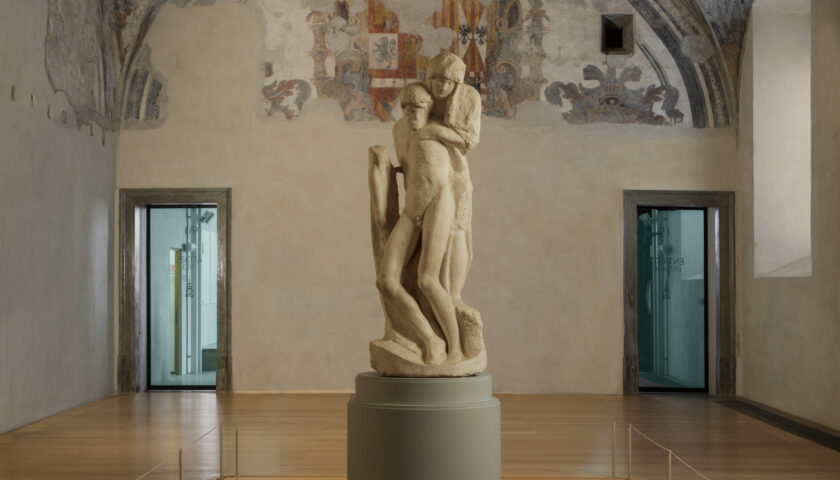