Standing on the site of the Renaissance Palazzo Pucci di Ottavio, of which only the façade remains, the Bank’s headquarters is one of the most famous works by Giovanni Michelucci and a masterpiece of 20th-century Florentine architecture.

The Bank’s collection, built up over the course of the 1900s with the emphasis on painting, includes major artworks in three main categories: old and modern masters from the 1300s to the 1900s; views of Florence; and Macchiaioli and Post-Macchiaioli. In recent years the collection has grown further thanks to a renewed policy of acquisitions, aimed at preserving and optimising the art of Florence and its environs.

Among the Bank’s most important recent acquisitions are two small tondos with a gold background by Giotto, San Giovanni Battista and San Francesco.

In order to display these and other works by artists active in Tuscany between the 13th and 15th centuries, Goppion was asked to design and build 5 display cases with outstanding climate-control and security features to ensure that the paintings were perfectly preserved. They are fitted with a passive relative humidity stabilisation system – the conditioning levels for which were set by the curators – housed in a compartment in the back of the case and accessible from the exterior, plus two security locks. The entire visible surface of these stylish, minimalist display cases is made from extra-light, smash-proof glass, with the back panels in steel sheet. The cases open outwards from the top, with an opening mechanism assisted by gas-driven springs which will only work once the security locks have been released. 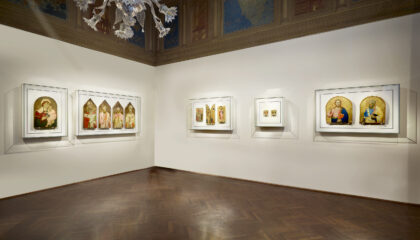 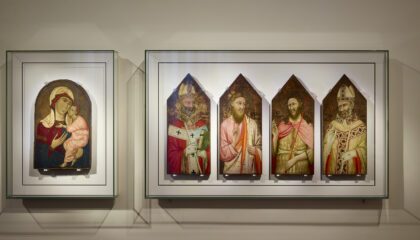 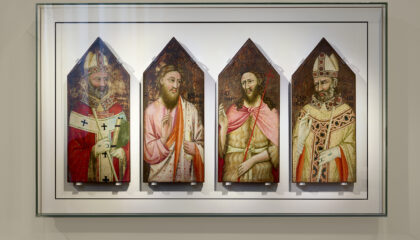 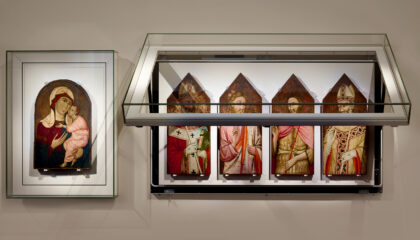 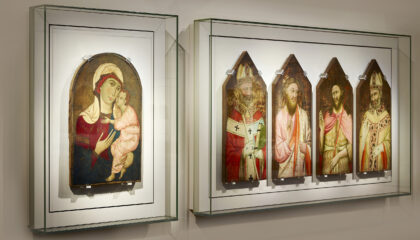 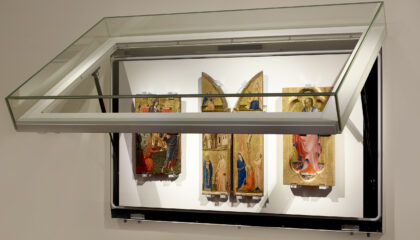 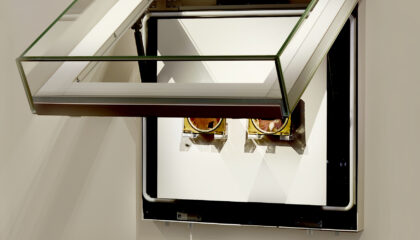 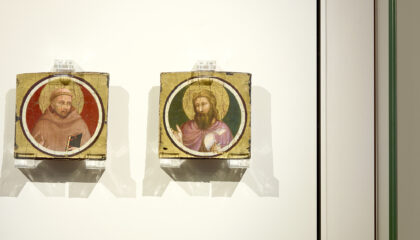 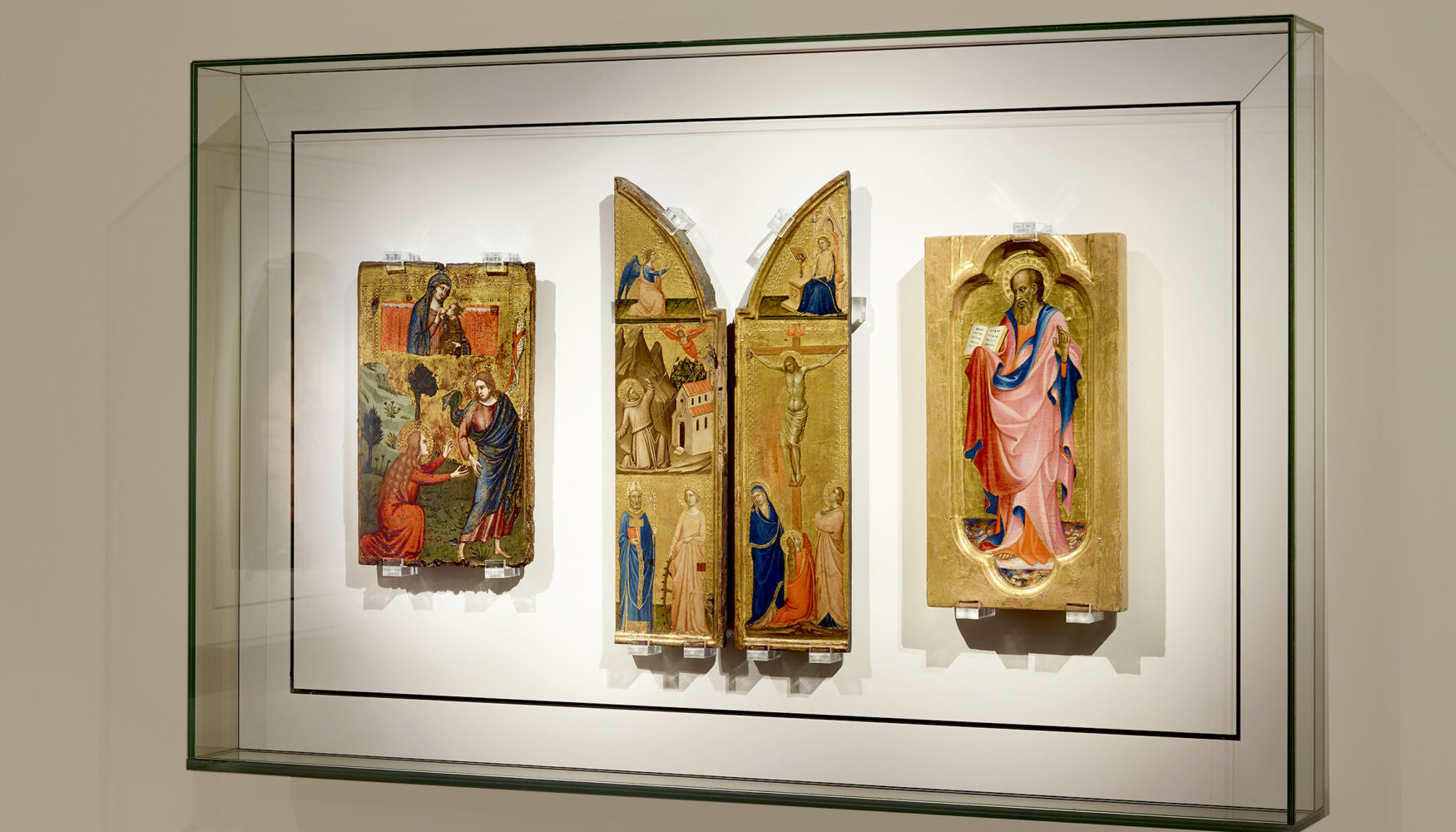