The permanent exhibition celebrates the objects and people who have shaped the nation. The launch of the exhibition also marks the reopening of Australia’s first museum gallery, the Westpac Long Gallery, after almost two years of restoration, conservation and exhibition design.

The 200 Treasures exhibition marks the Australian Museum’s 190-year history by showcasing some of the most important and intriguing treasures in its collection of more than 18 million cultural objects and scientific specimens.

The exhibition also celebrates the reopening of the neo-classical Long Gallery, built between 1846 and 1855. The newly-restored Westpac Long Gallery is the nation’s first and grandest museum gallery.

The Australian Museum’s treasures of history, science and culture from Australia and the world, include the body of a preserved Thylacine pup, held by the AM since 1886, a wooden sledge and ice pick from Sir Douglas Mawson’s expedition to Antarctica, from 1911-1914, a 120-million year old Australian pliosaur, nicknamed “Eric”, a 2800-year old Egyptian mummy in a wooden coffin painted with mythological scenes and an ancient Irish elk skeleton with enormous antlers, discovered in peat bog deposits.

The 200 Treasures exhibition was curated by Dr Peter Emmett, who has more than 30 years’ experience working with major institutions around the world

The display cases in the 200 Treasures exhibition were custom-designed, built and installed by Goppion which has previously designed and installed showcases for the Australian Museum’s Wild Planet gallery of more than 400 animals, which opened in 2015, and for its blockbuster exhibition Alexander the Great: 2000 Years of Treasures, in 2012.

With their different shapes and sizes, the Goppion display cases are wonderfully harmonized and integrated with the Australian Museum’s neoclassical architecture, almost as if disappearing and leaving the visitor to be fully absorbed in viewing the rooms and the objects.

In the museum’s Wild Planet gallery, two large display cases, each more than three metres high, delineate the grand room from the museum atrium. Designed to display specimens of animals from Australia and the world, they have three glass sides and a transparent ceiling to favour lighting from above. To resist bending of the glass panels when the doors are opened, they are equipped with a tensioning system, patented by Goppion, which prevents the risk of collapse under the load of the horizontal glass panel.

On the Westpac Long Gallery’s mezzanine first floor, 15 island display cases, made entirely of plate glass, also serve as a balustrade. A tensioning system, similar to the one in the Wild Planet gallery, ensures that the elasticity (and possible deformation) of the upper glass panel does not compromise the seal and the closing mechanism of the door of each display case. The internal set-up consists of a system of glass shelves suspended from the ceiling panel.

On the gallery’s ground floor, the exhibition set-up consists of 24 wall-mounted display cases set between the columns of the room, all connected with one another and provided with top and bottom lighting and a door. Some display cases have greater depth to provide more space for larger specimens.

Beneath their bases, the display cases conceal the conduits for filtration and recirculation of the air in the gallery. The entire work was coordinated and realized in collaboration with the Australian Museum’s designers and physical plant experts. 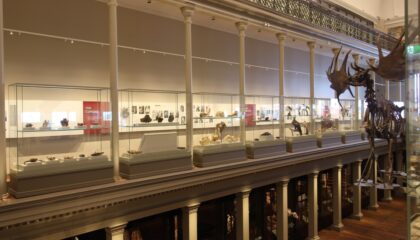 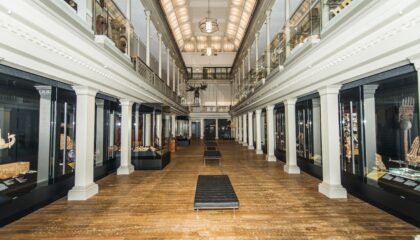 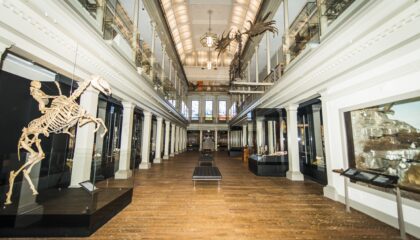 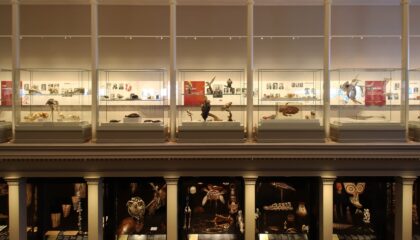 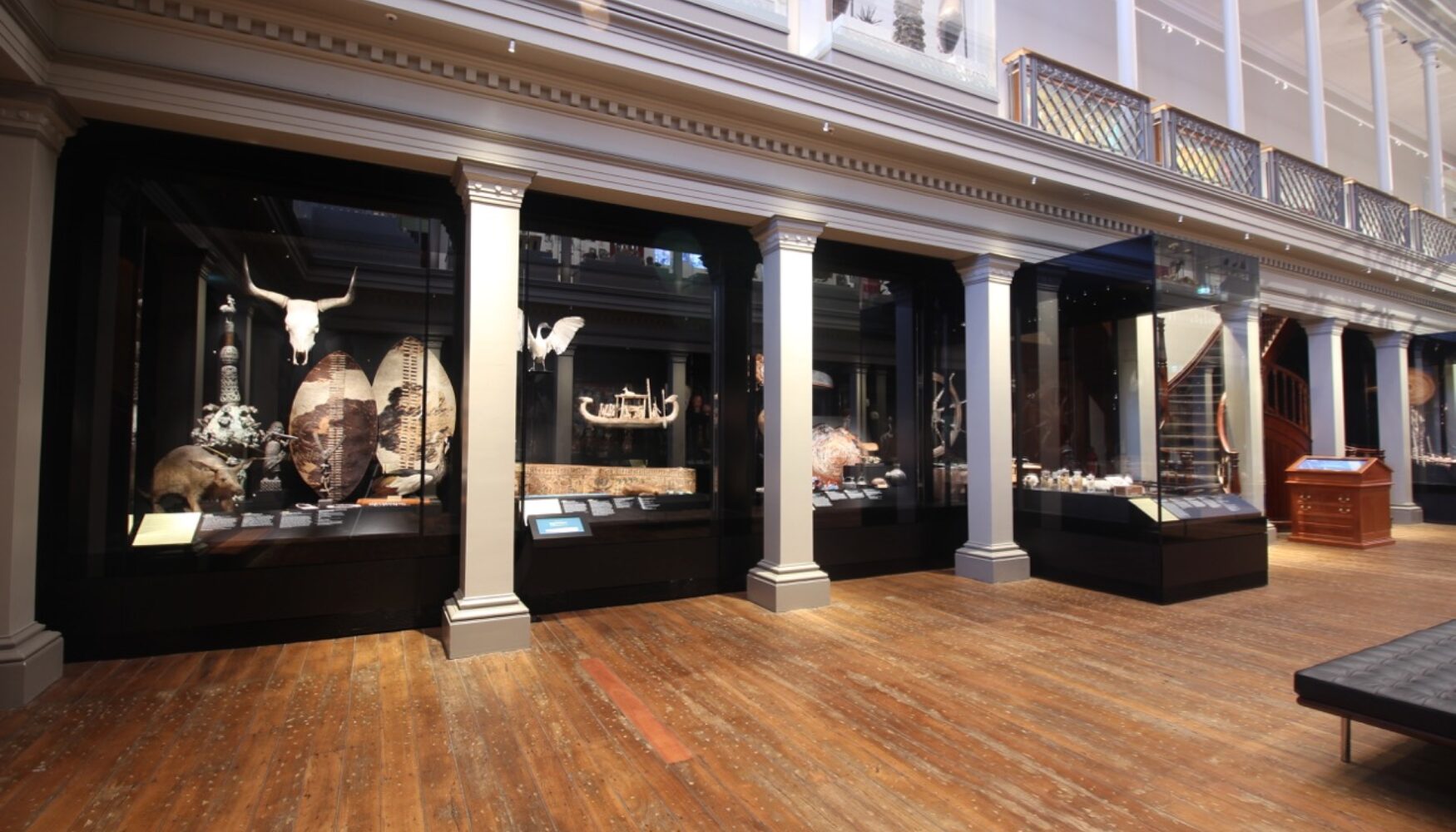