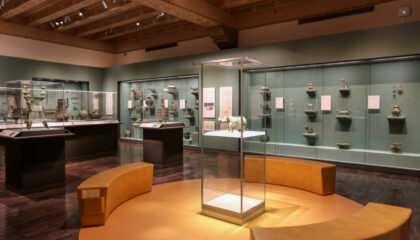 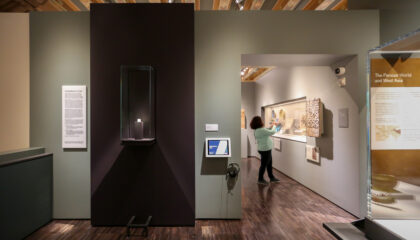 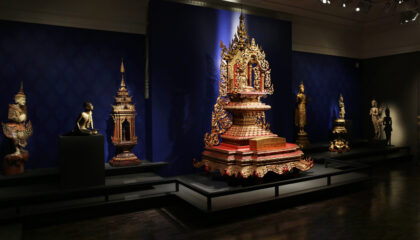 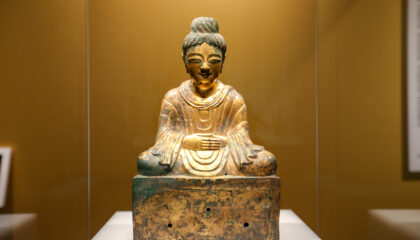 The history of the AAM is a long one; today, it boasts a permanent collection of Asian art which is among the most extensive in the world, with over 18,000 works of art, some of which date back to 6,000 years ago. Until 2003, the Museum was located in the Golden Gate Park, sharing a space with the De Young Museum. Then the museum's needs changed and the collection grew, so the structures in the city's famous park were no longer sufficient to hold the prestigious collection of Asian art.

The museum therefore found a new location in March of 2003: in the former San Francisco Library, right in front of the Civic Center.

The old central library, a Beaux-Arts building designed by George Kelham in 1917, was therefore specially restored to house the AAM based on a design by Gae Aulenti. The new museum increased its exhibition space by approximately 75% compared to its Golden Gate Park location, with a total area of 17,200 m2.

In March of 2016, the museum announced that a new pavilion would be added to its current building in the San Francisco Civic Center by the Thai-American architect Kulapat Yantrasast from the architecture firm wHY.

Some previously restored parts of the museum have been reopened to the public, exhibiting major collections on the second and third floors of the building with 15 masterworks . In restoring these areas, the aim is to offer visitors an even more interactive and personalized experience that will pique their interest and inspire them to learn about Asian culture in all of its distinctiveness. 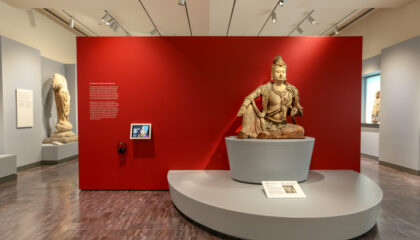 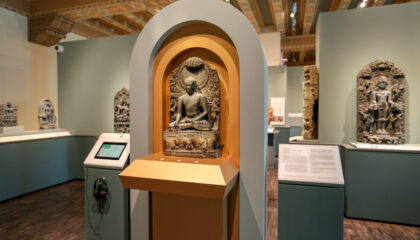 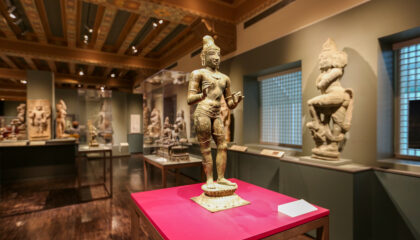 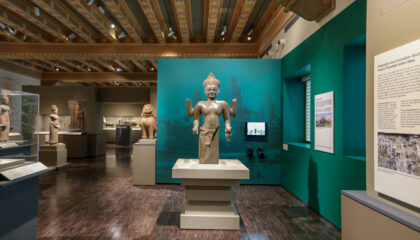 Goppion took part in this large-scale renovation project by creating installations with a minimalist aesthetic capable of integrating functionality and security so as to protect these highly valuable and prestigious ancient works while displaying them in the best possible conditions. The Milanese company thus found itself again working alongside wHY Architecture after having collaborated with the illustrious American firm on two other occasions: for the Art Institute of Chicago and for the Harvard Art Museums.

The Italian company was entrusted with engineering and building various types of display cases for different works in the Japan andKorea collections displayed on the second and third floors: an altar depicting the triumph of Buddha over Mara; display tables holding statues of Shiva; plinths for stone statues; a large platform for the Burmese throne; wall display cases containing religious effigies of eleven-armed Bodhisattvas; a group of upholstered seats arranged around a case containing a ritual vase in the shape of a rhinoceros; a small hanging display for a jade cup inscribed with calligraphy; display cases containing Chinese paintings; a case containing an item called the ‘Moon Jar’, a traditional white porcelain jar from Korea made during the Joseon dynasty; and lastly, a series of three large display cases containing statues of Chinese and Japanese deities, as well as china from different dynasties.

In installing the display cases, the challenges that Goppion took on primarily concerned logistics and designing custom anti-seismic solutions. To install the display systems on site, impressive glass panels (some measuring as much as 2.3 x 3.3 m) were shipped by sea and brought into the AAM through the main entrance at night using highly technological equipment so as to ensure they were at the best possible angle to be transported safely. Goppion also spared no efforts to meet California's earthquake-proofing standards. The team of engineers assigned to the project skilfully ensured both that the structures were stable and the inner shelving rigid enough to secure the works of art.