In cases with the pull & tilt slide opening system, especially if freestanding, when the door is pulled out on opening and pushed in on closing, it is difficult to avoid the door going slightly out of kilter, thus putting undue strain on the opening devices and on the glass itself, as well as obliging the operator to make a considerable physical effort.

Goppion has developed a door opening mechanism that simultaneously extracts both the lower and upper parts of the door by means of a pantograph mechanism that is completely concealed within the thickness of the glass top. A steel cable synchronizes the inclination and compresses the concealed gaskets when the door
is closed. This system, which is operated mechanically by fitting a handle to an aperture in the bottom of the case, offers excellent security – a feature that is especially welcome in large display cases, where it would otherwise be hard for the operator to reach locks placed up high. 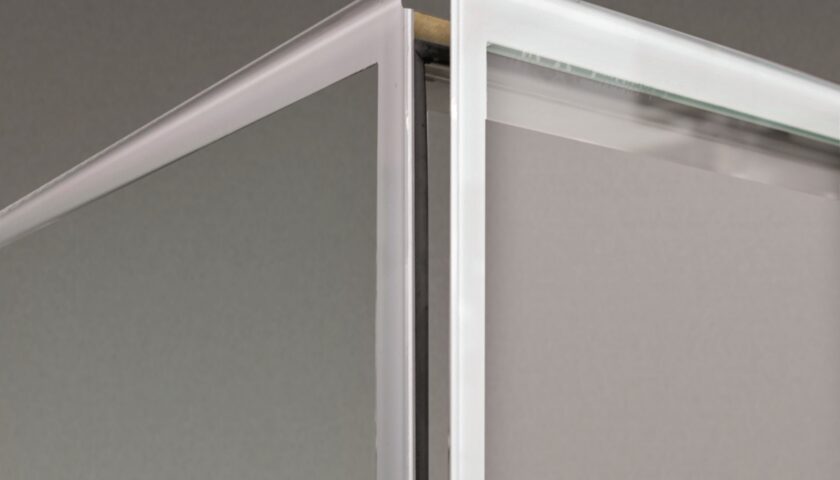